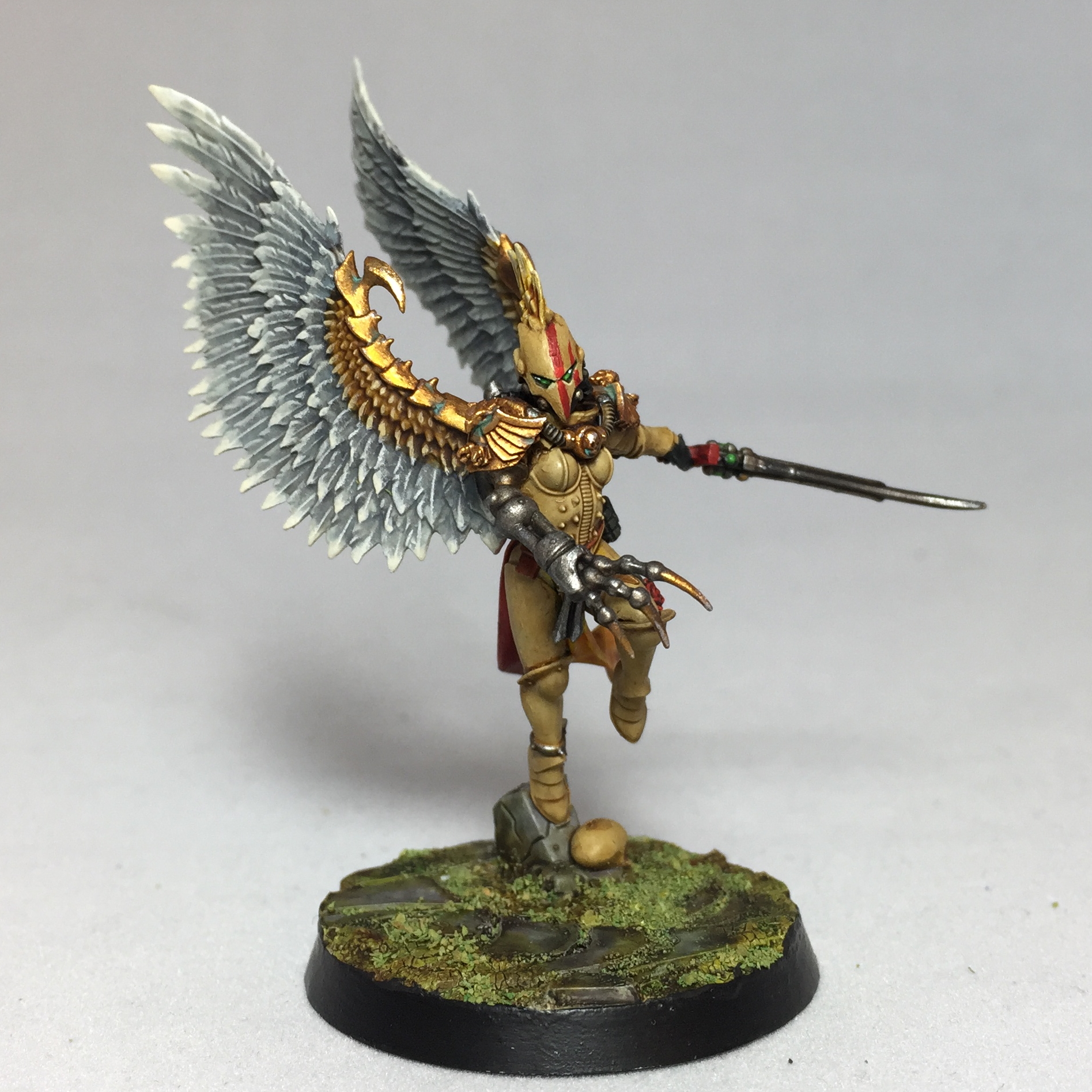 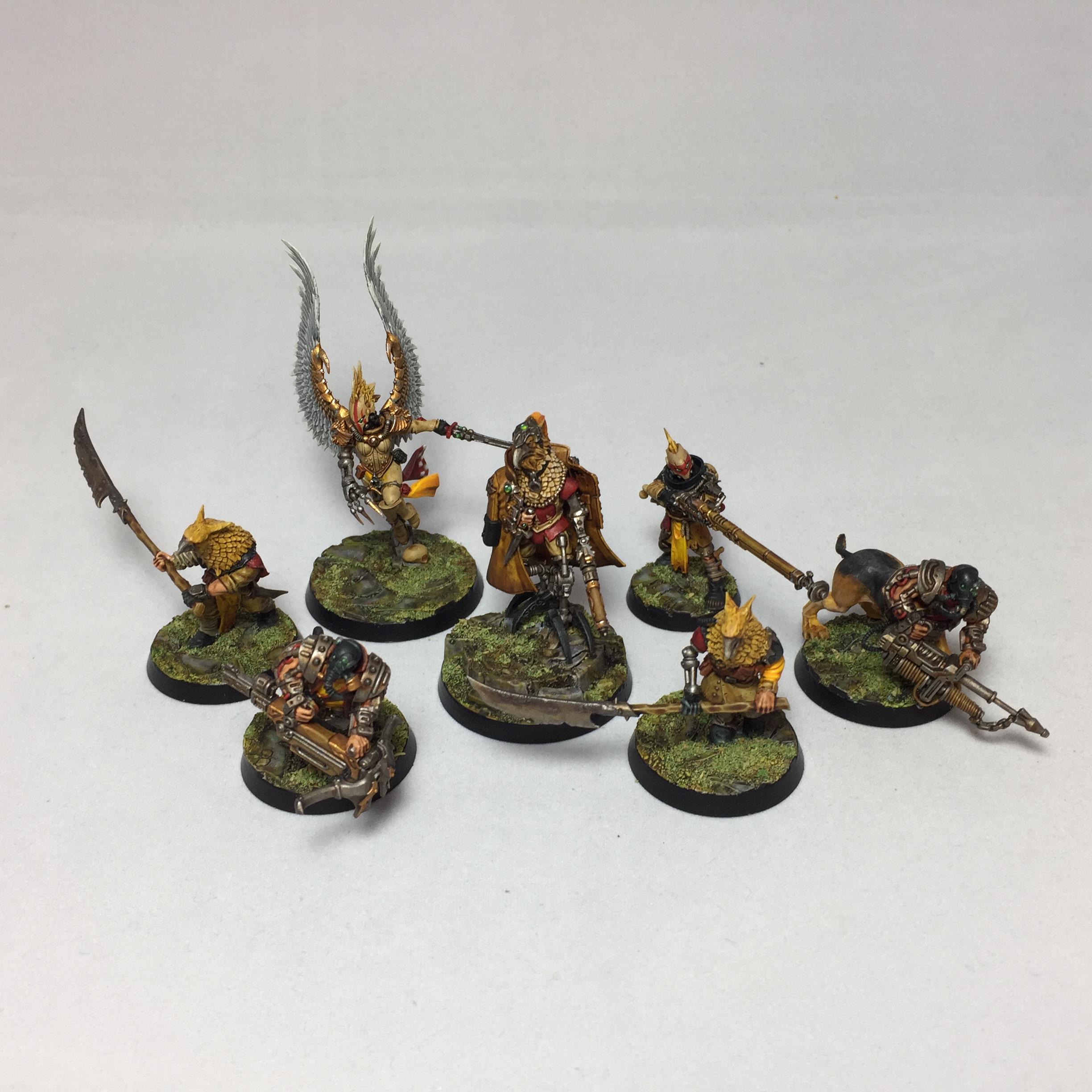 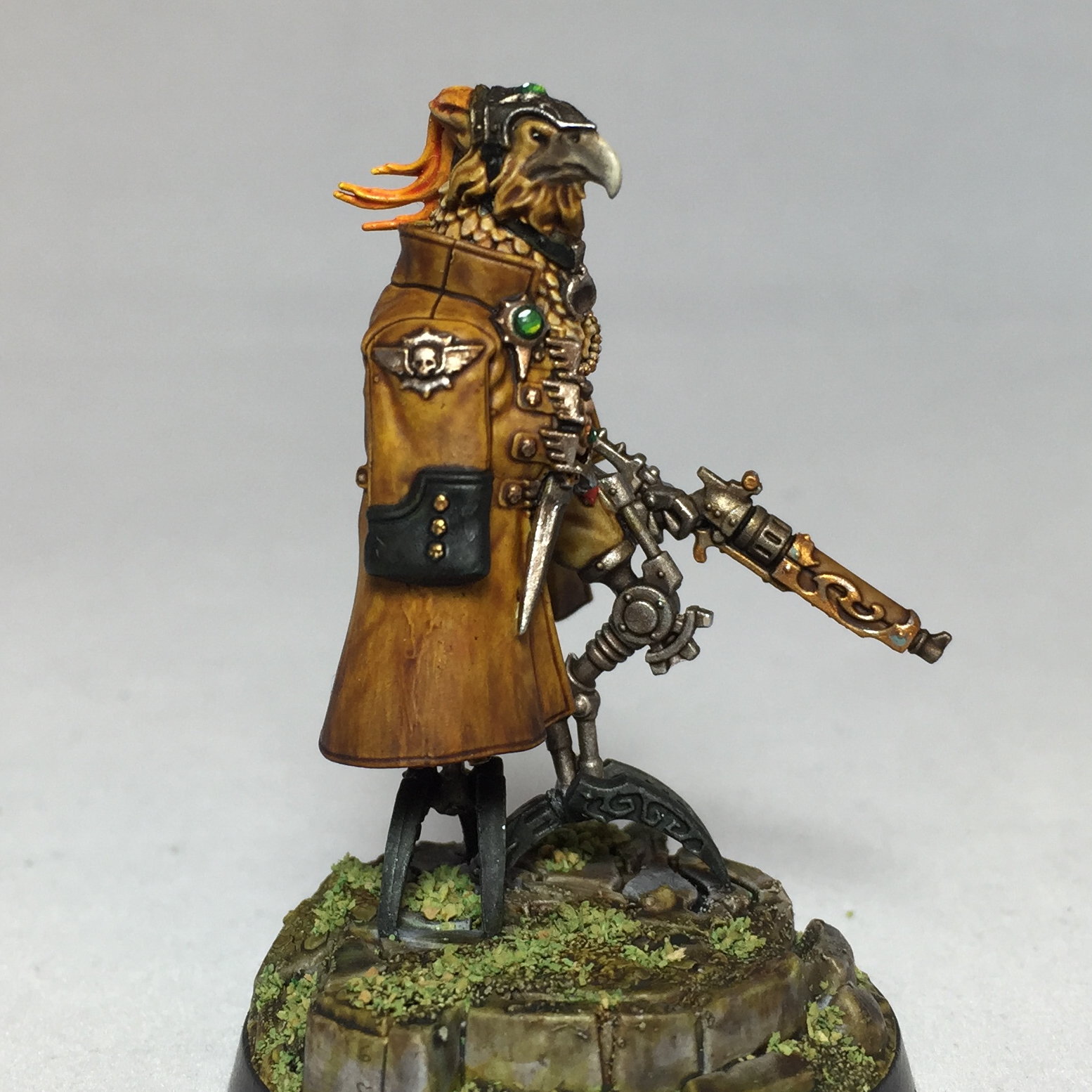 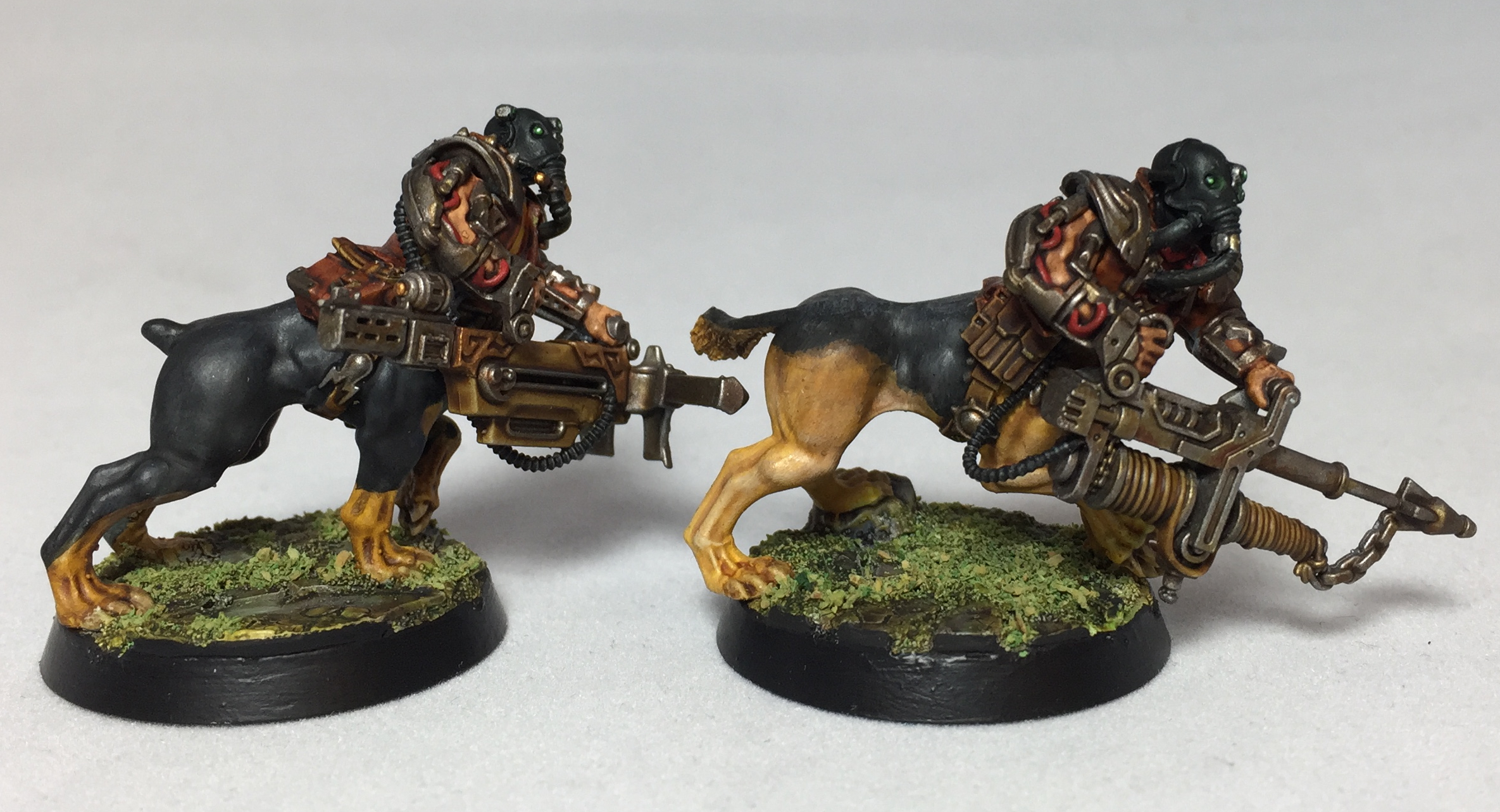 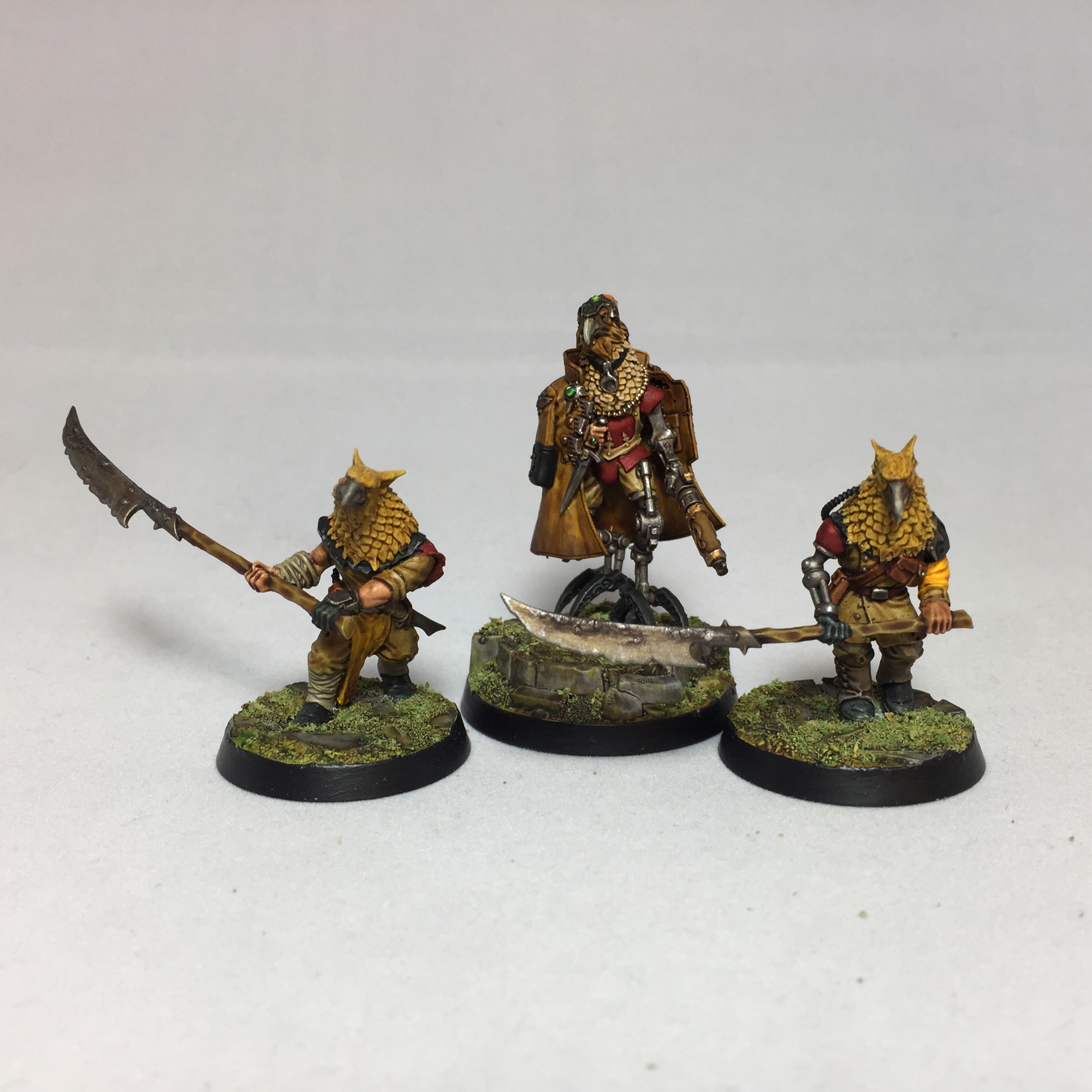 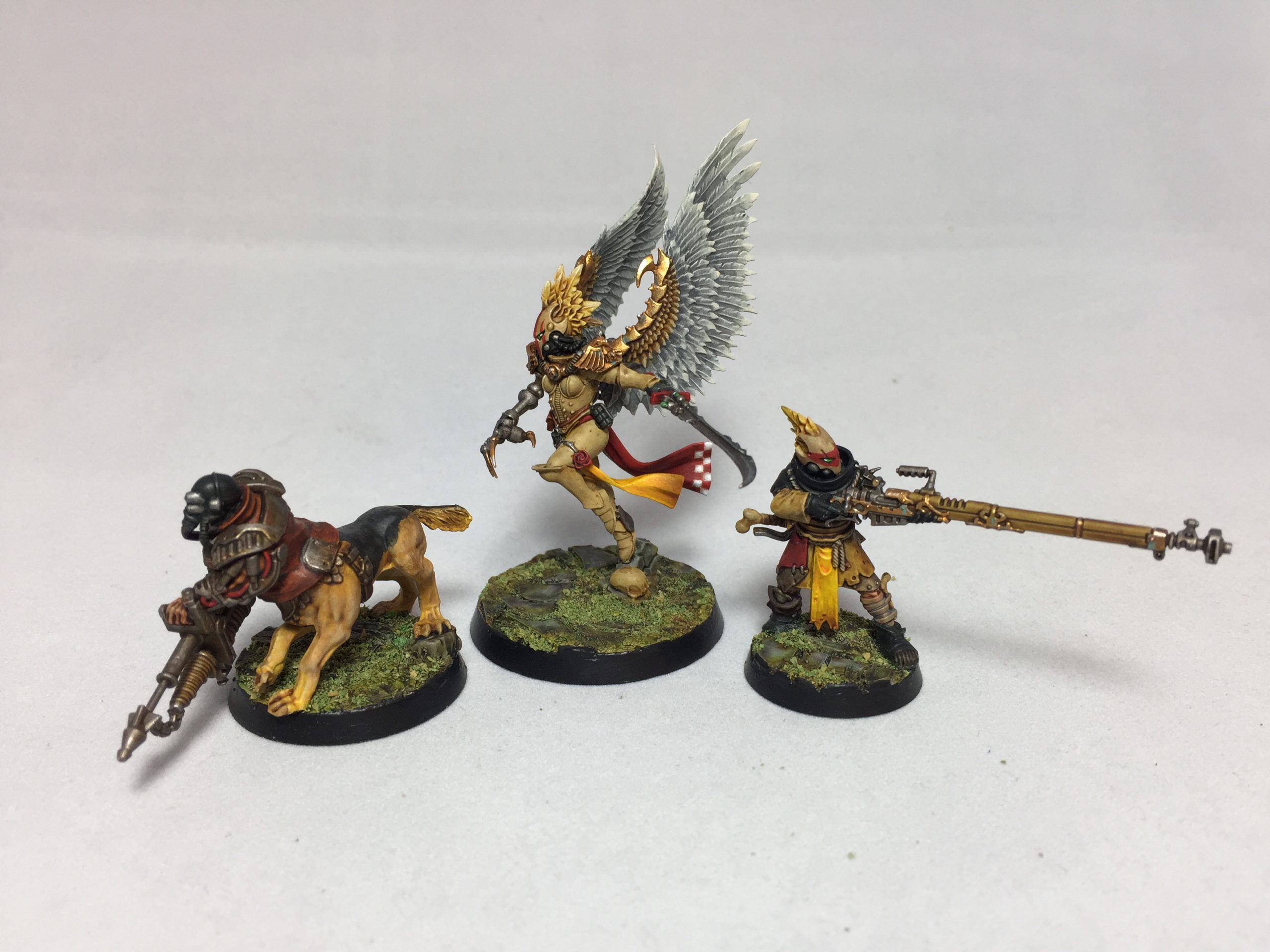 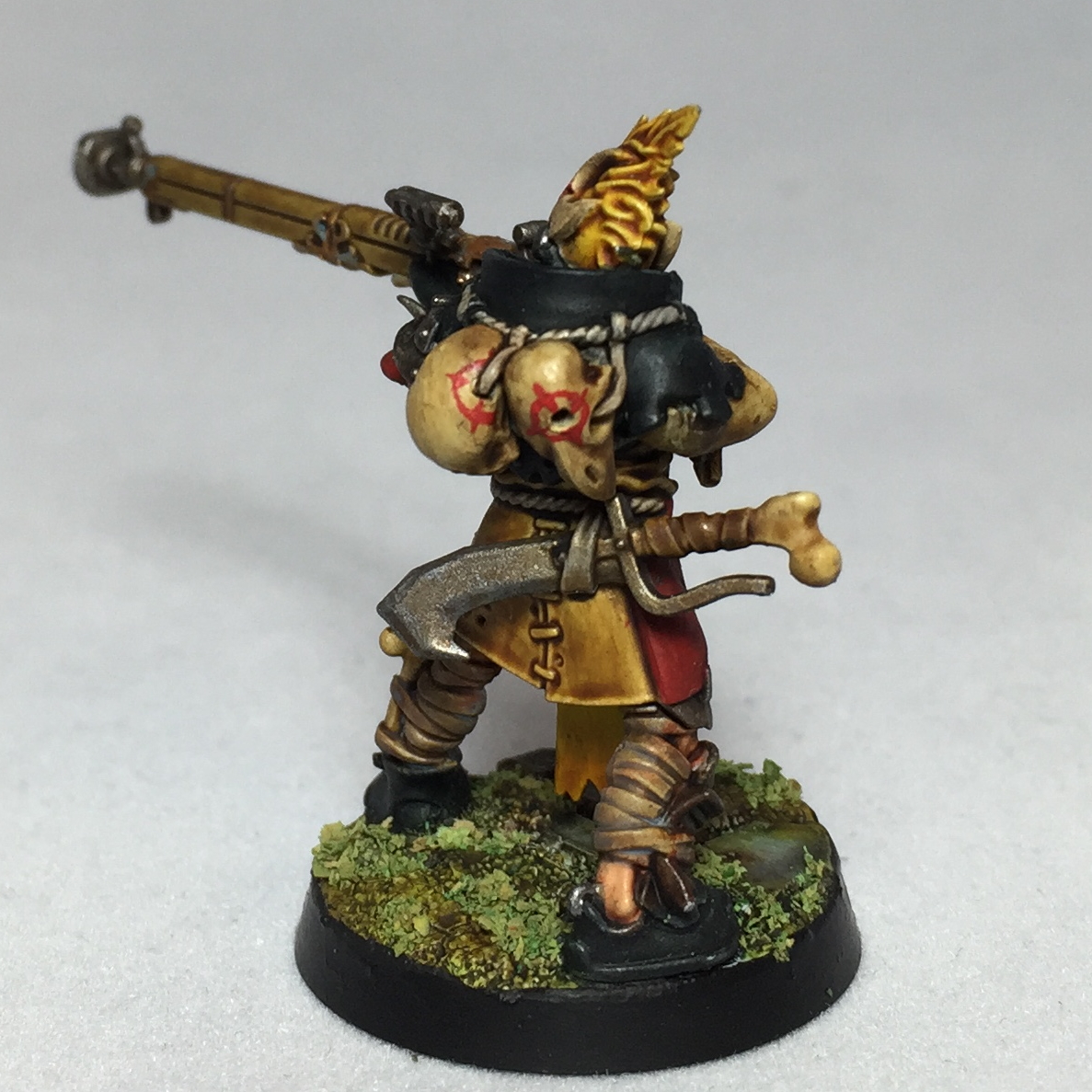 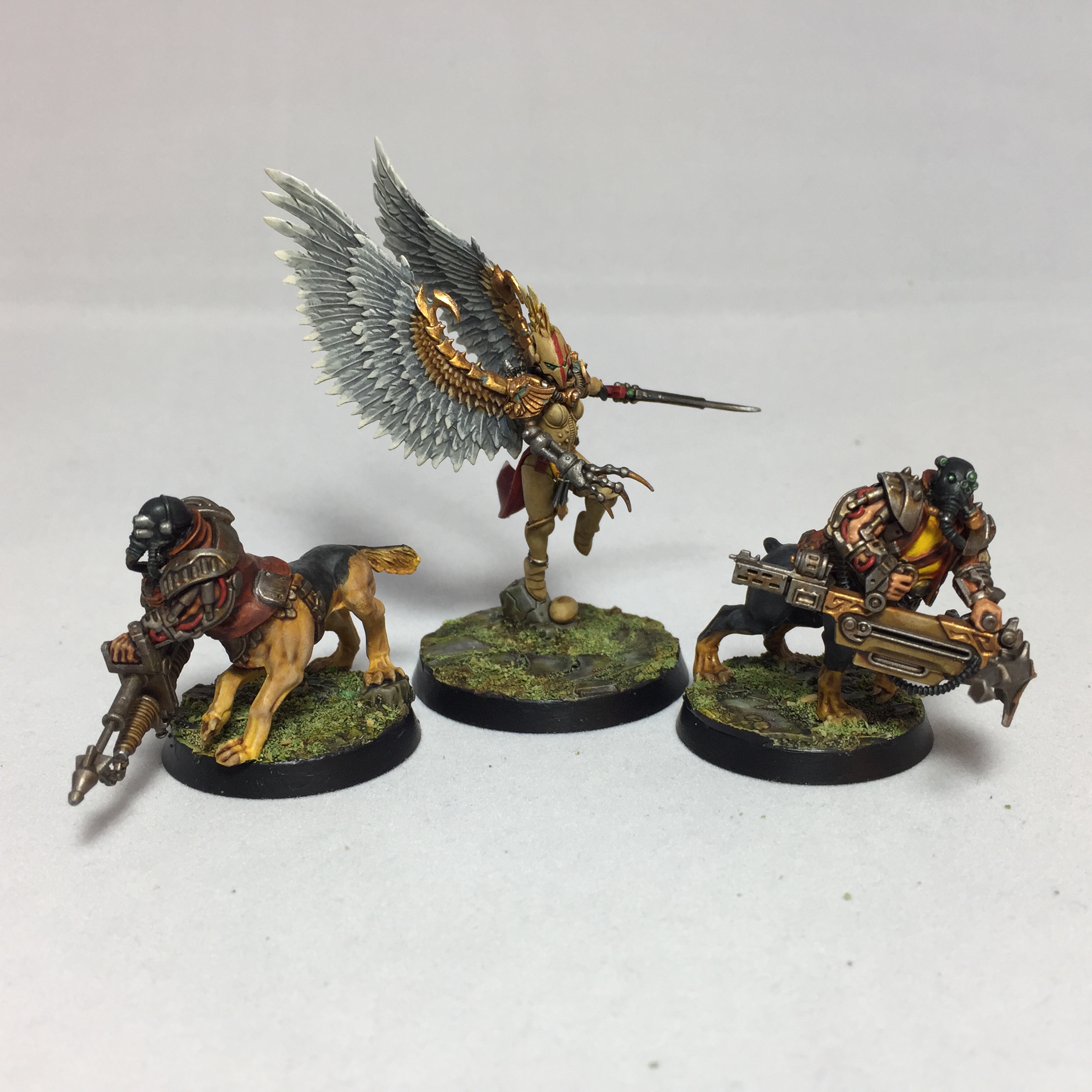 Complete Warhammer 40.000 Kill Team. Inspired by the Seven of Imperium card from the Dark Millennium deck illustrated by John Blanche.

———
Background story: Every 41 years the ruling family of Hipaeron-Drie is obliged to send their eldest daughter on the Masked Hunt. In a ritual called the Sighting she receives the Wings of the Hawk, which she cannot remove until the hunt is complete. Together with her Master of the Hunt she determines her prey through use of the Imperial Tarot and gathers a hunting party. Once set loose, the hunt cannot end before the prey has been caught, or the hunting party has been destroyed. 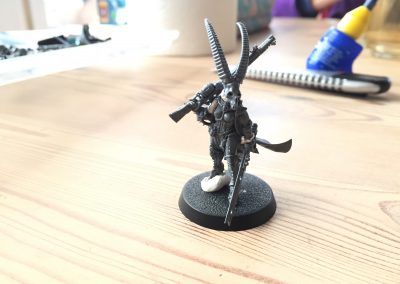 Initial sketch of the Hunts(wo)man

Love that skeleton-helmet, it might make it onto a later build still. 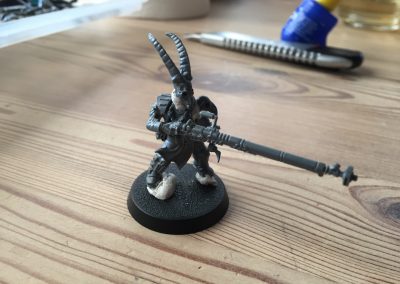 Sketch for the Huntsman

As I said, love that helmet. 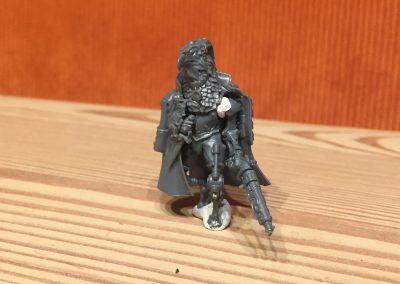 Early build of the Master 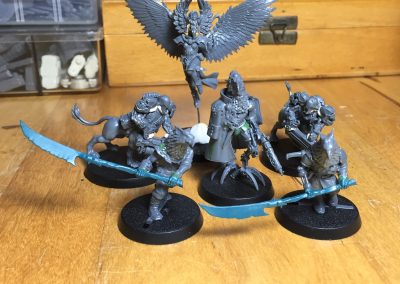 Early build of the Hunt

Early build of the Hawk in the back, no sight of a Huntsman yet 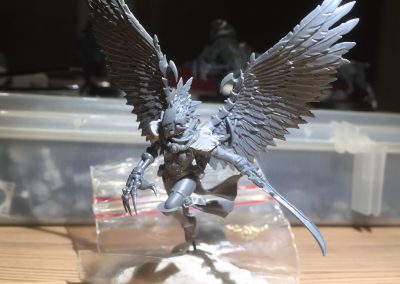 Early build of The Hawk

The wings were still outward in this build, the rest is close to the final build. 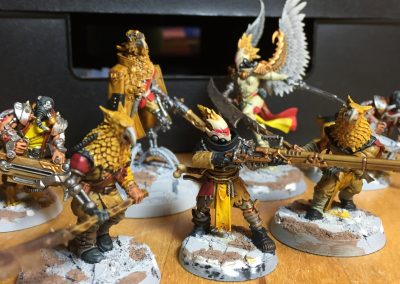 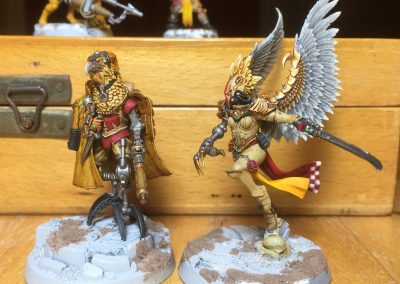