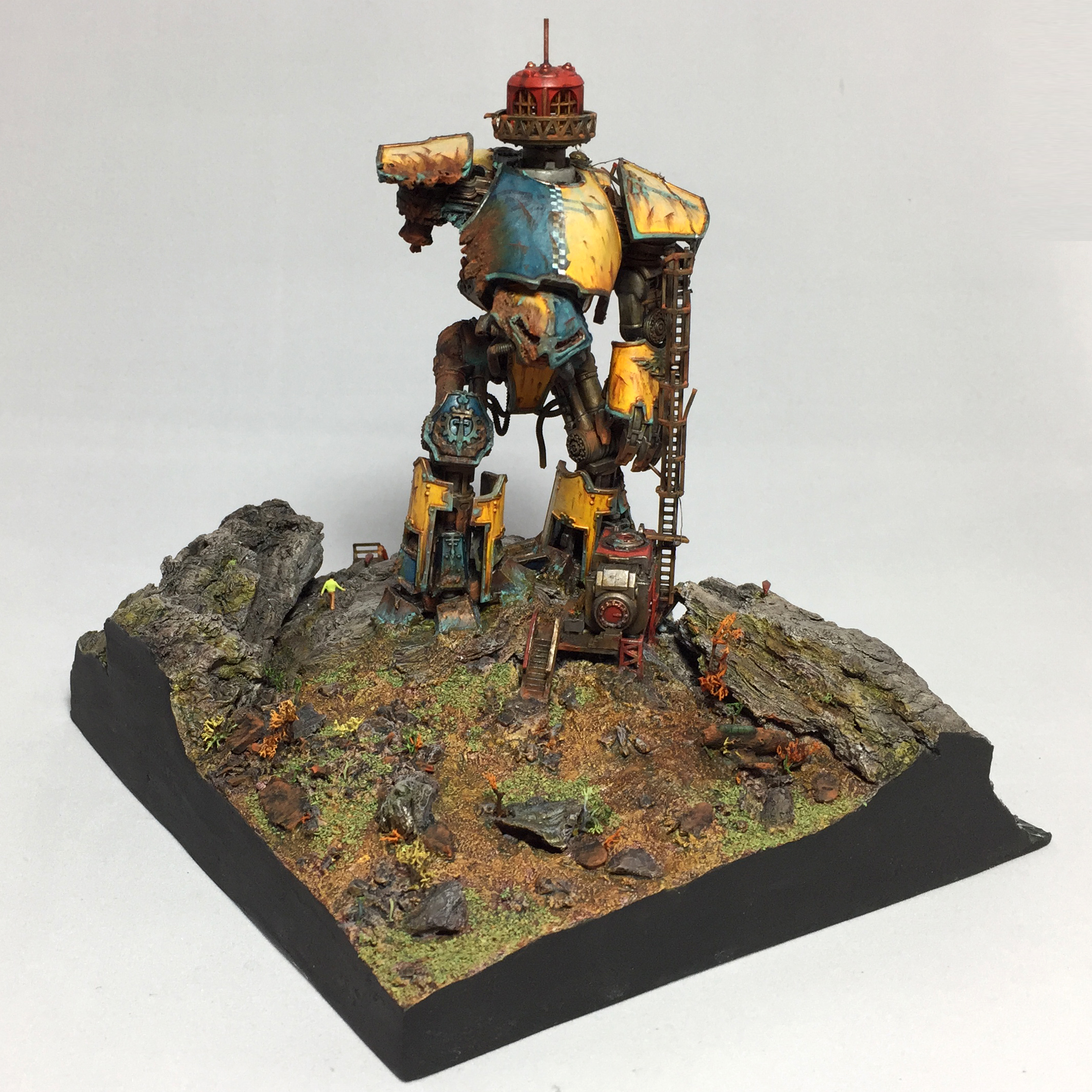 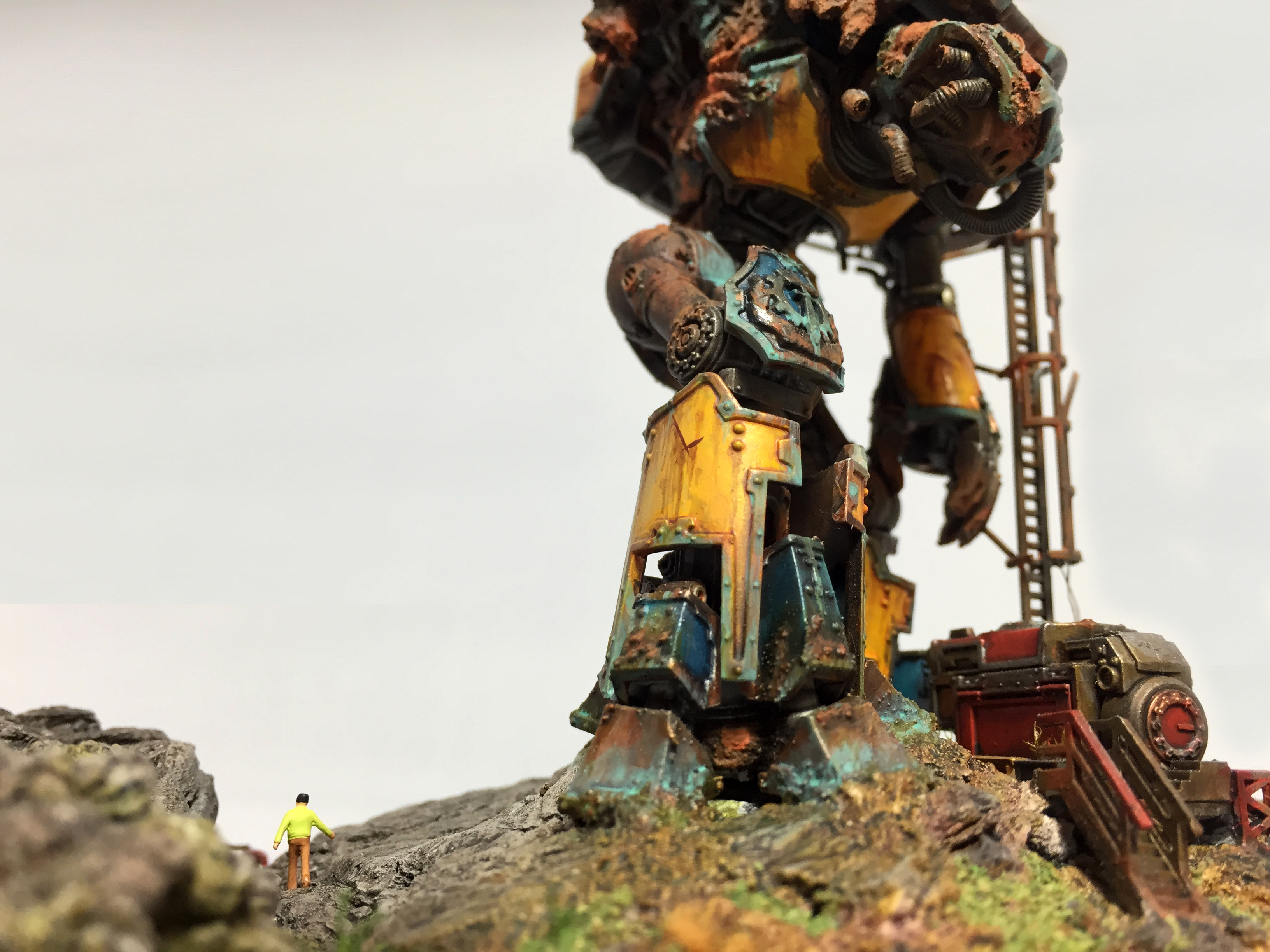 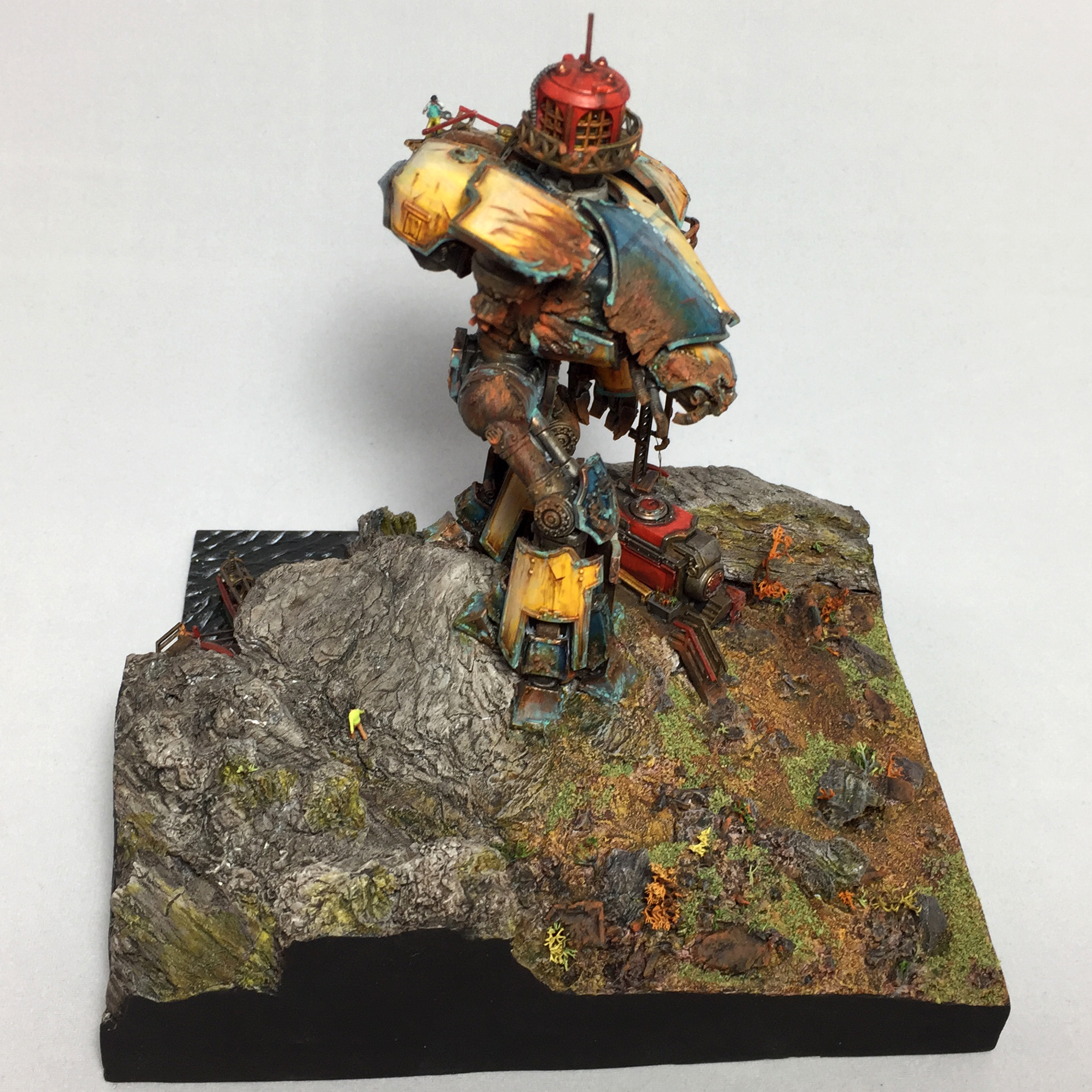 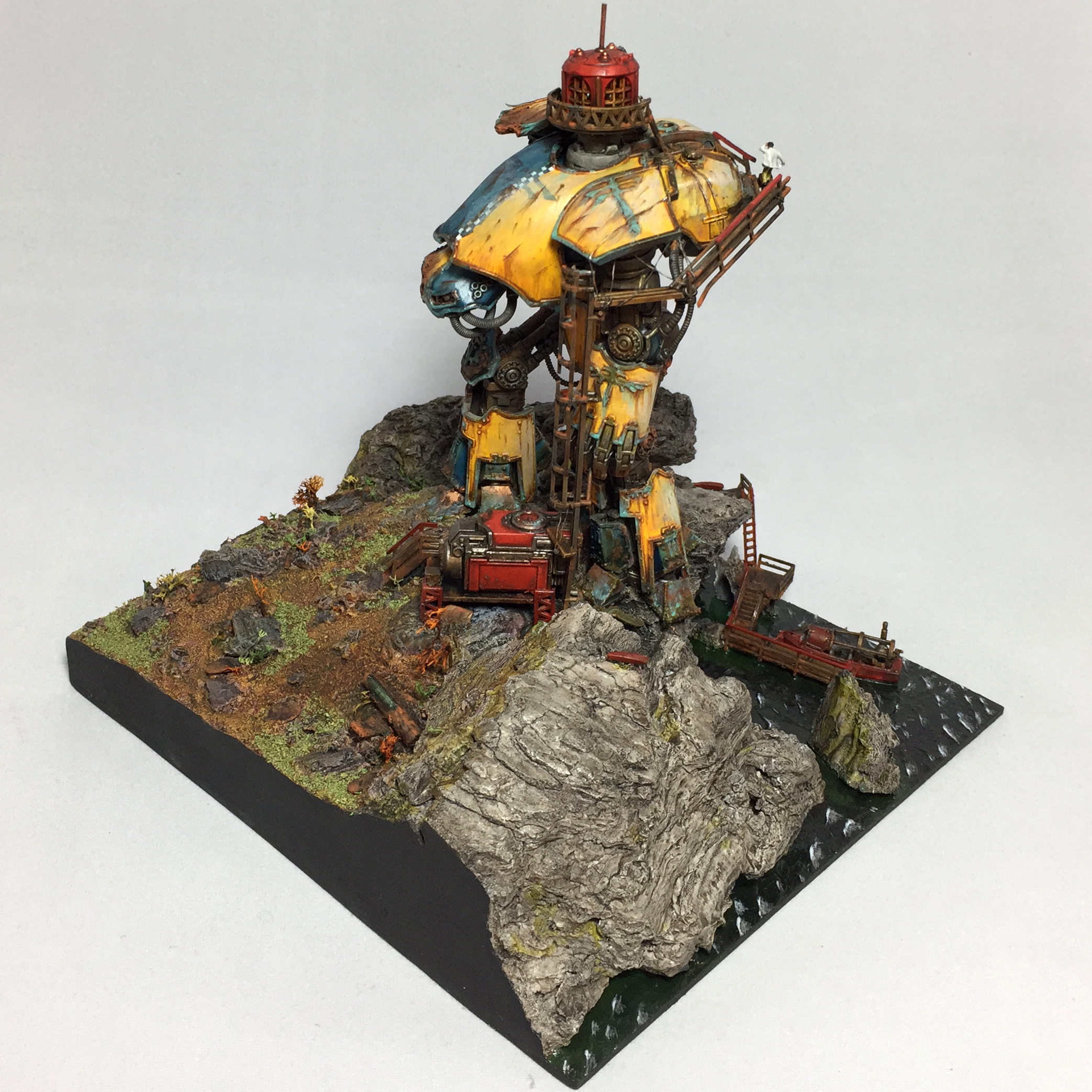 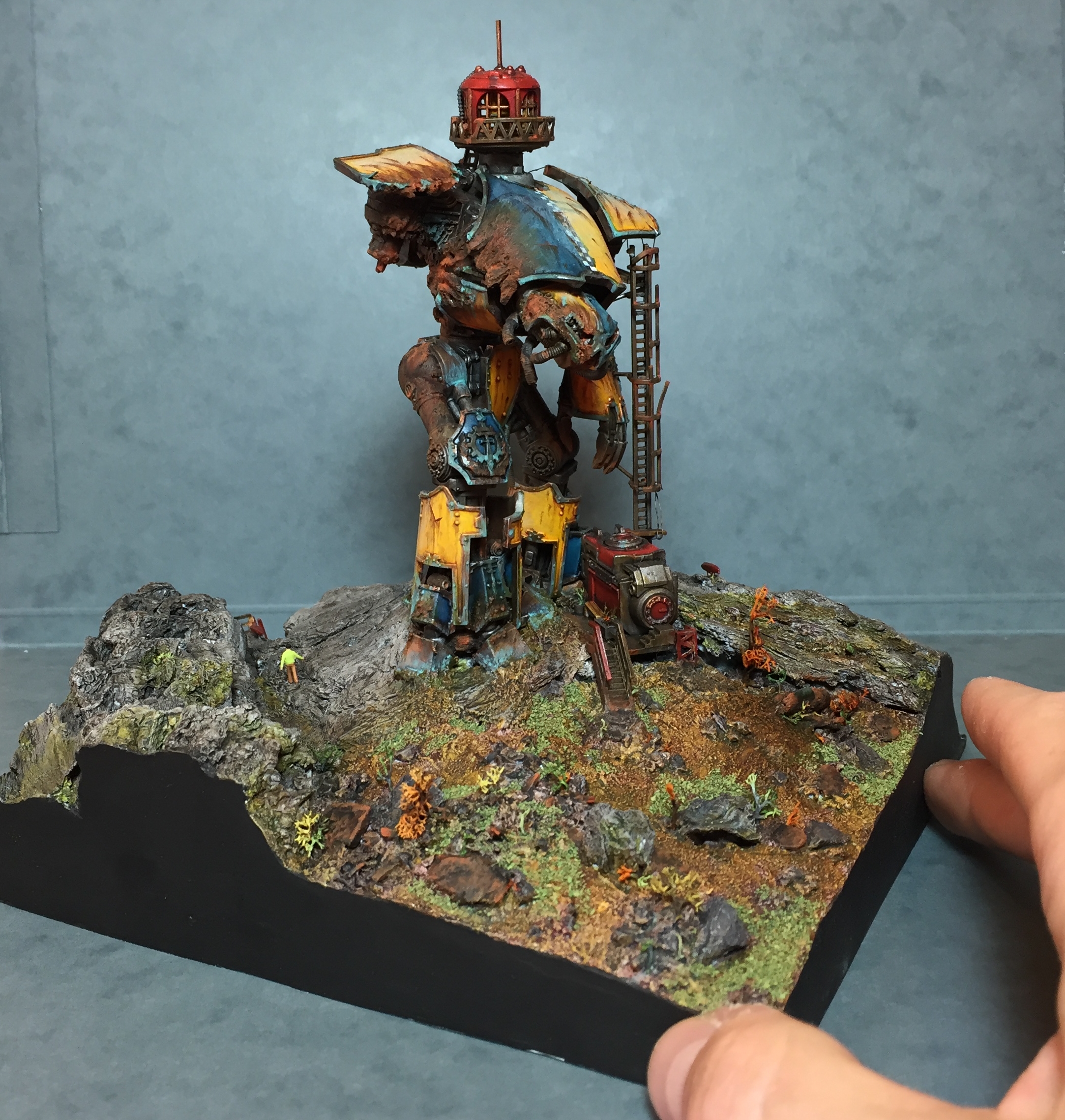 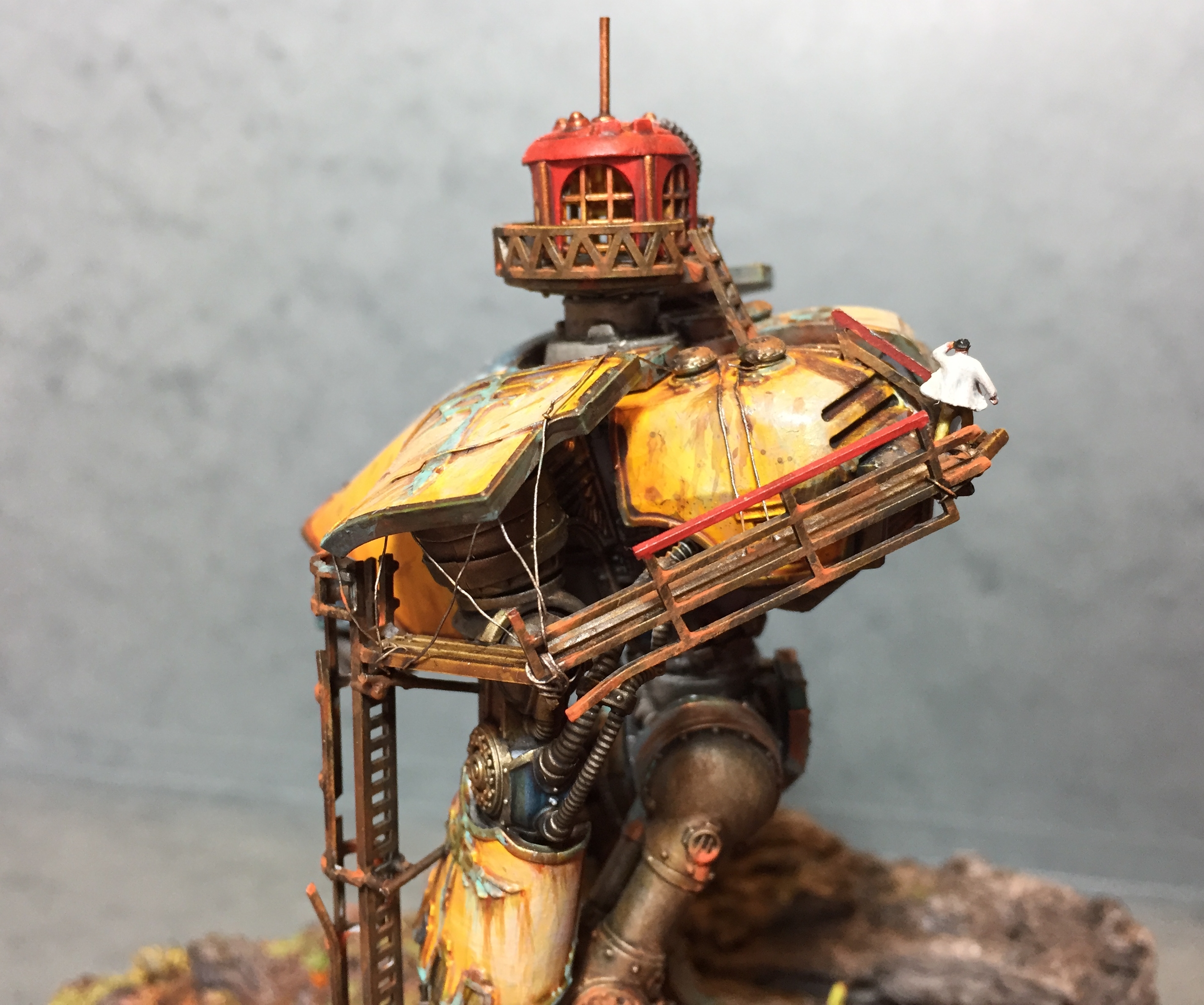 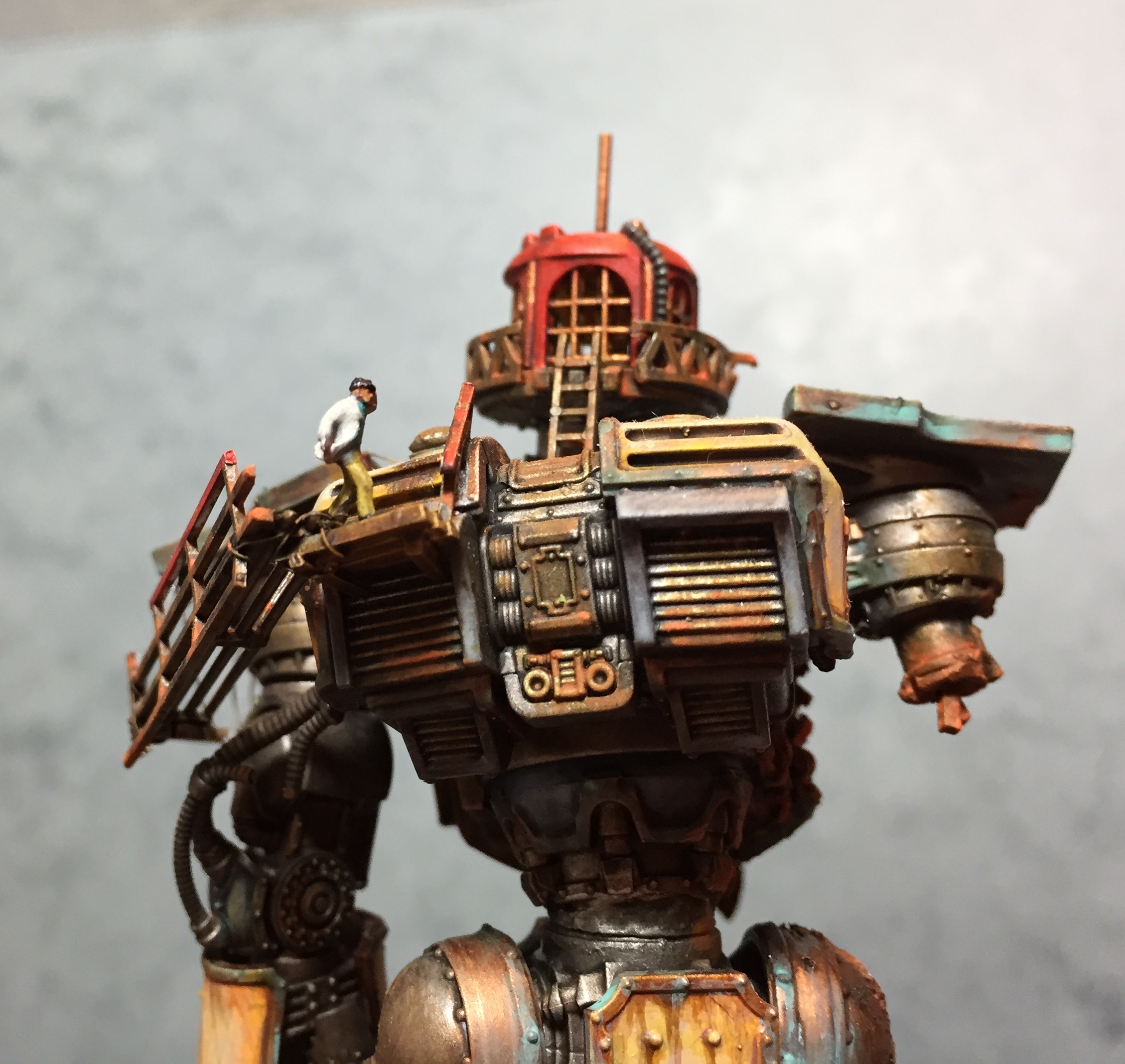 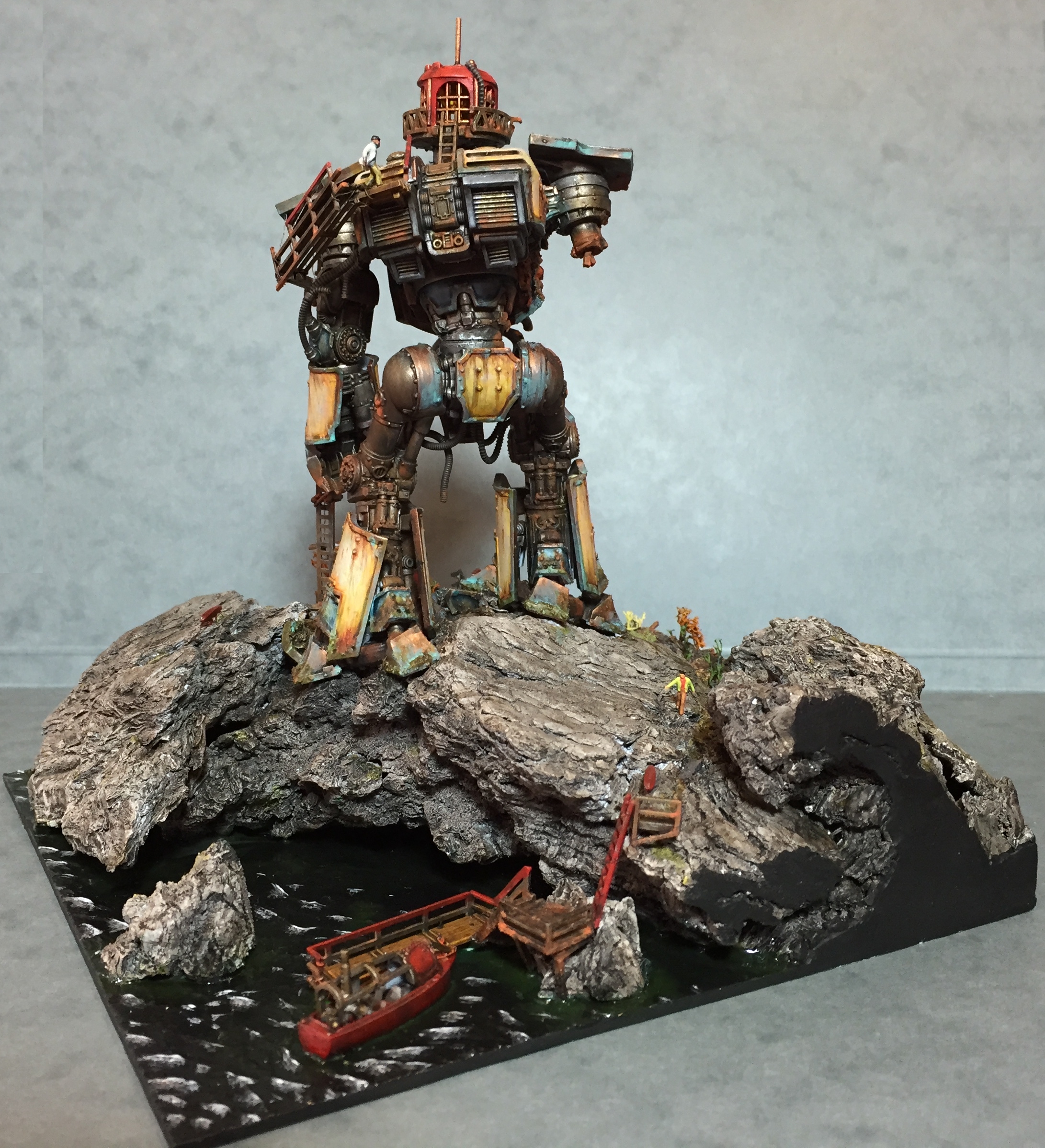 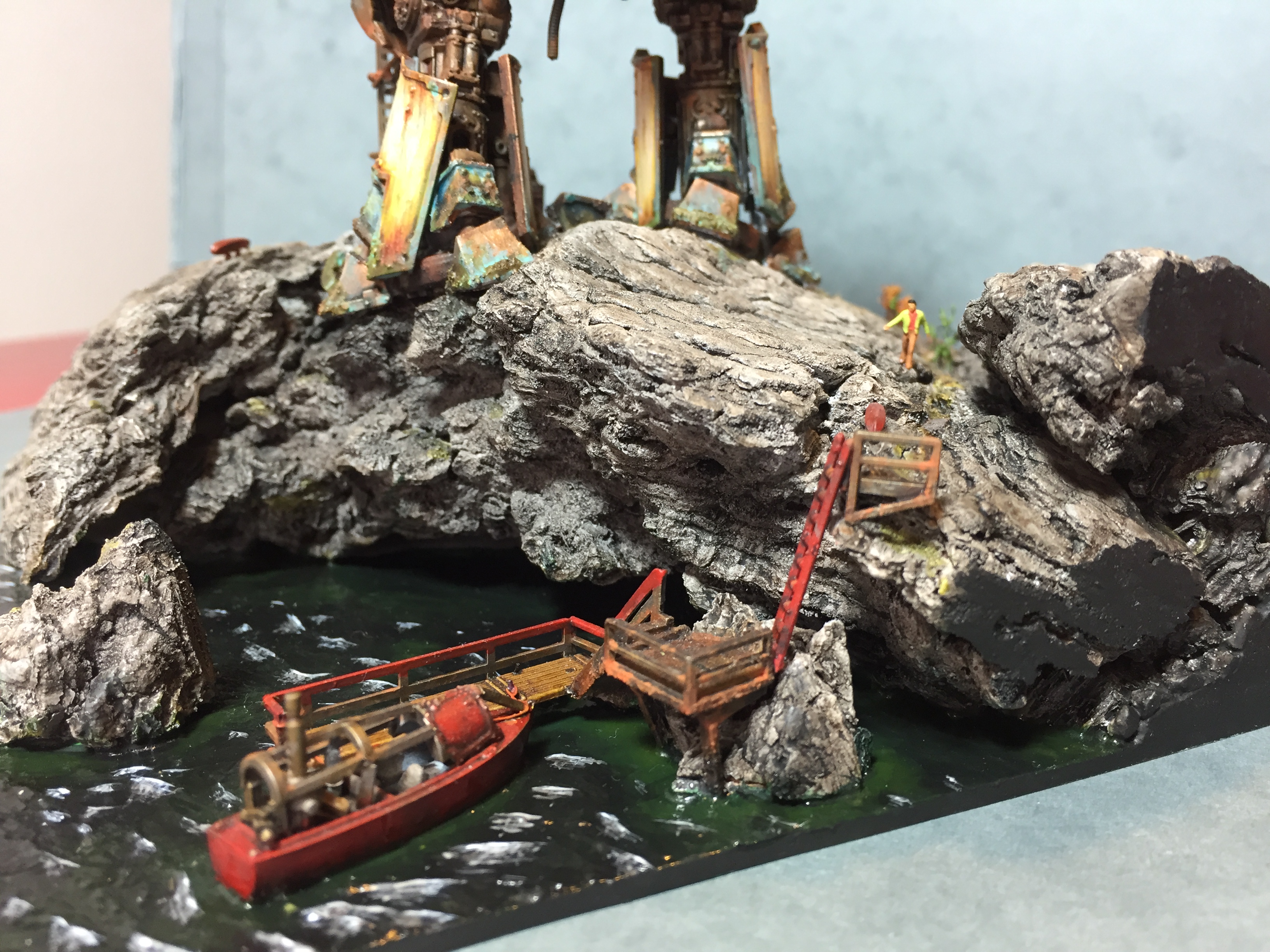 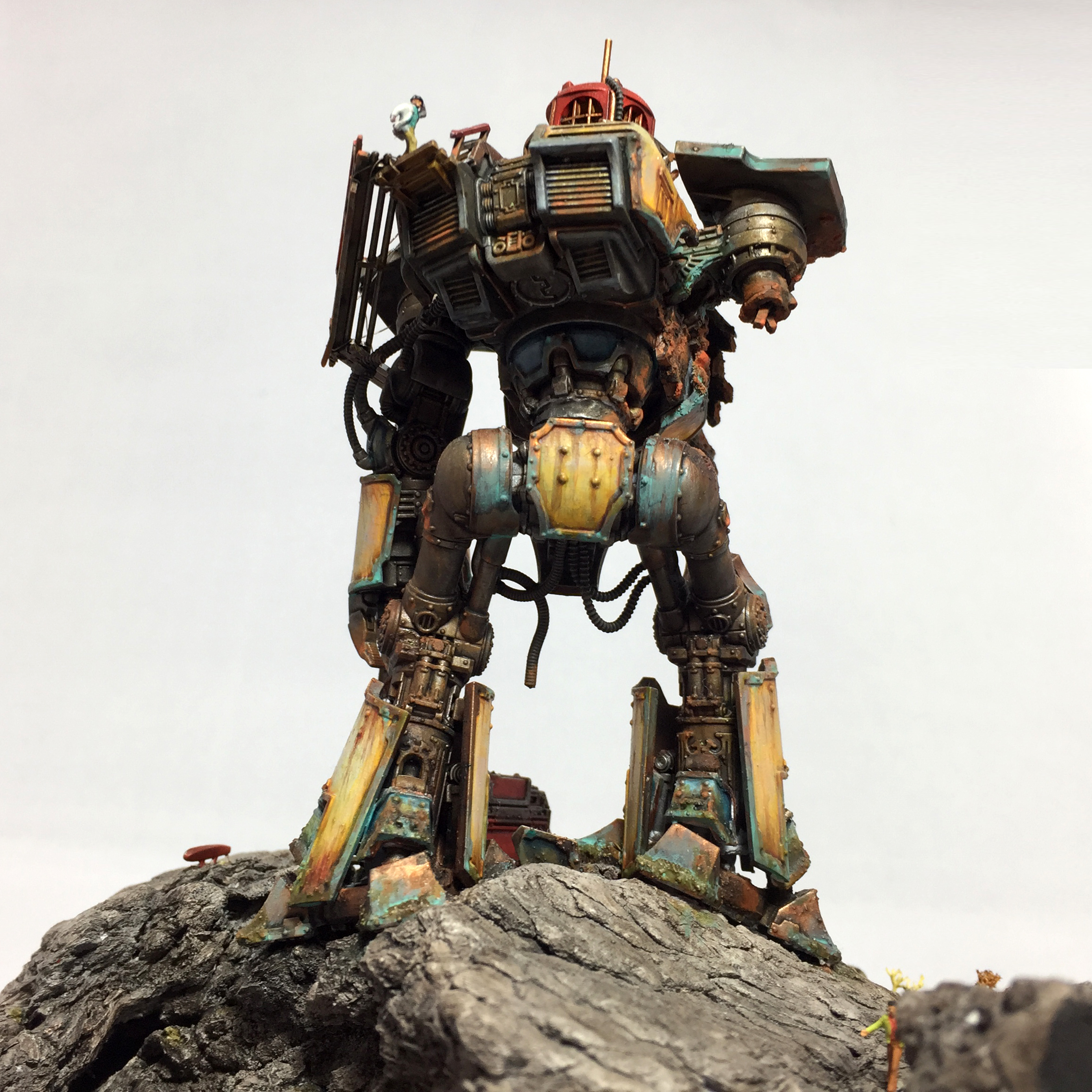 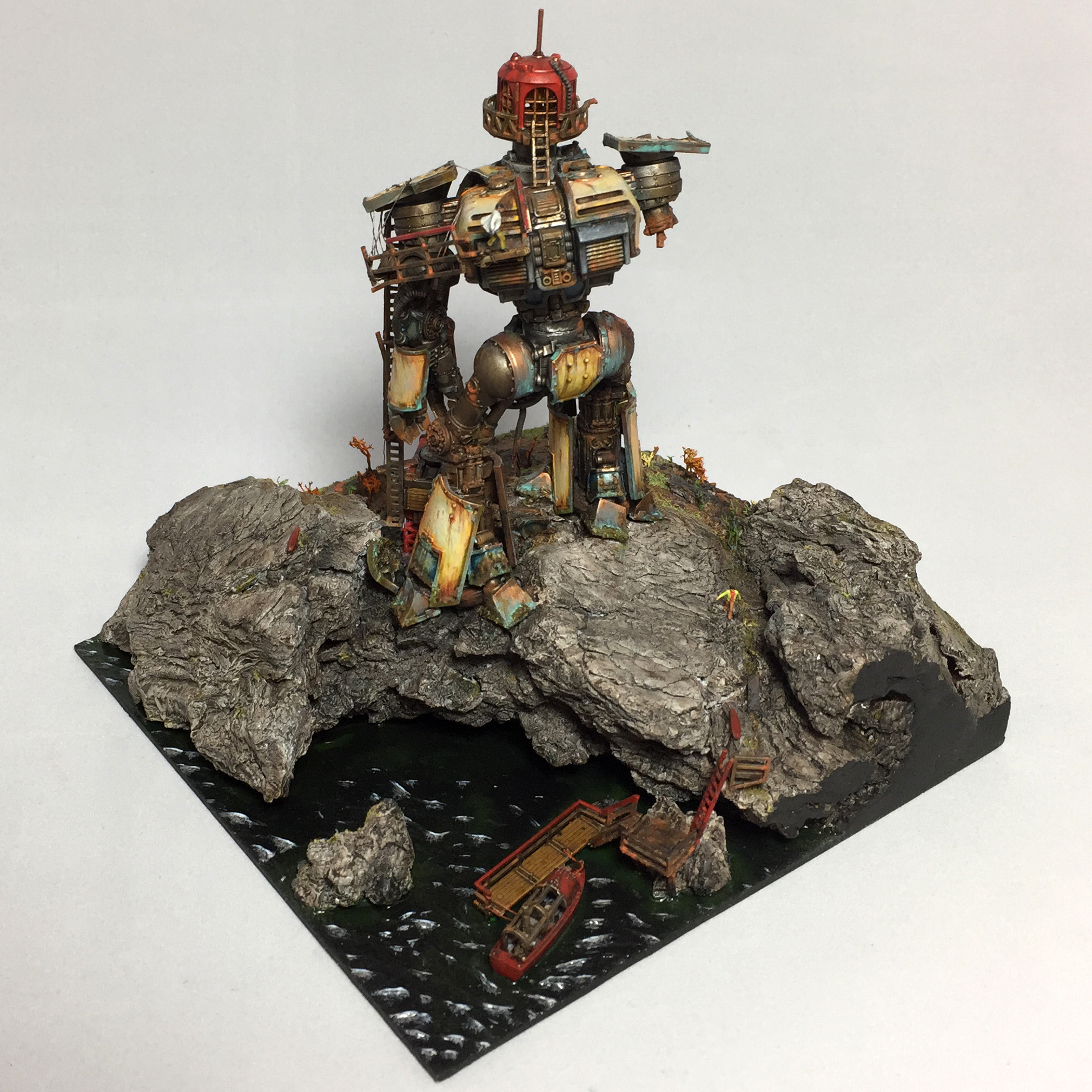 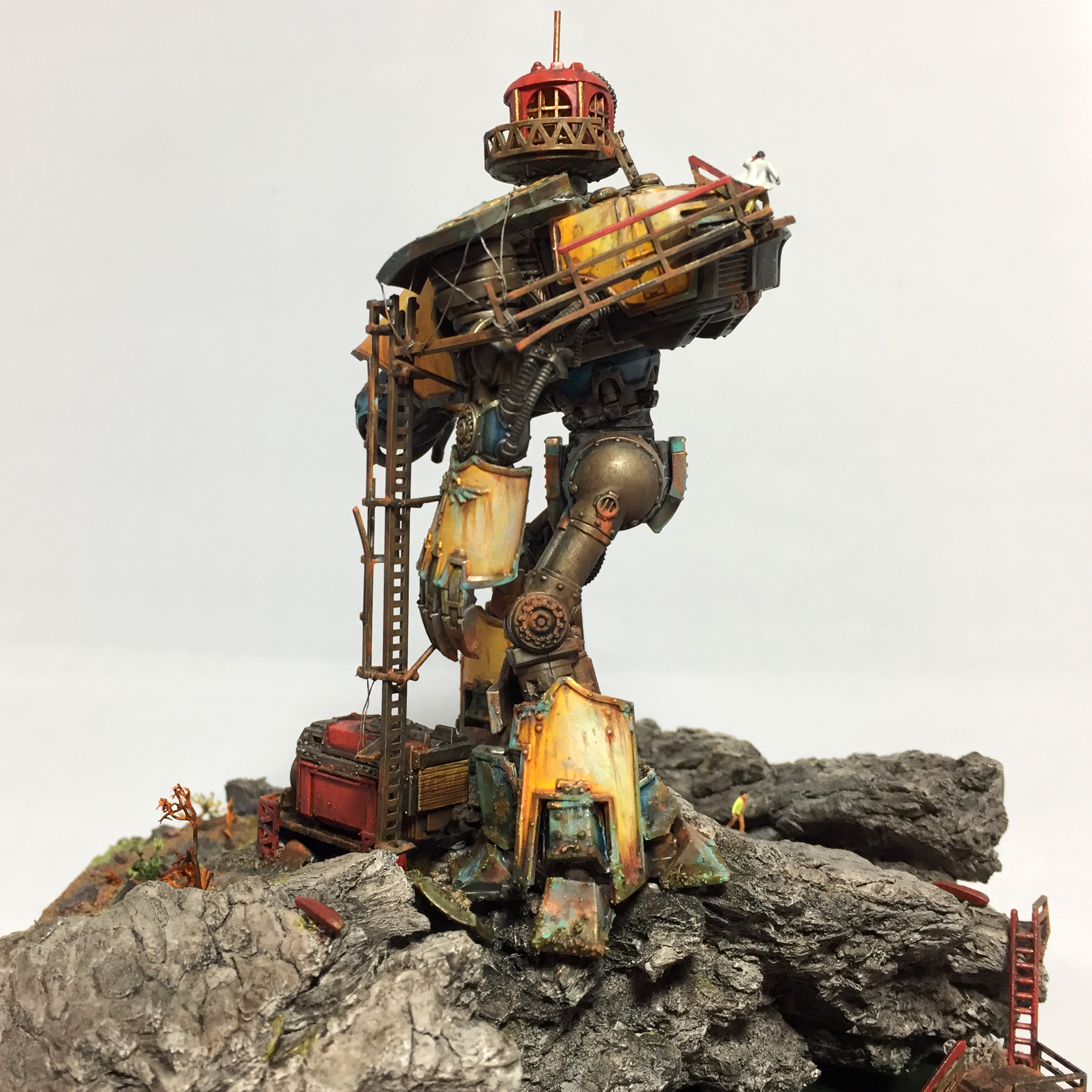 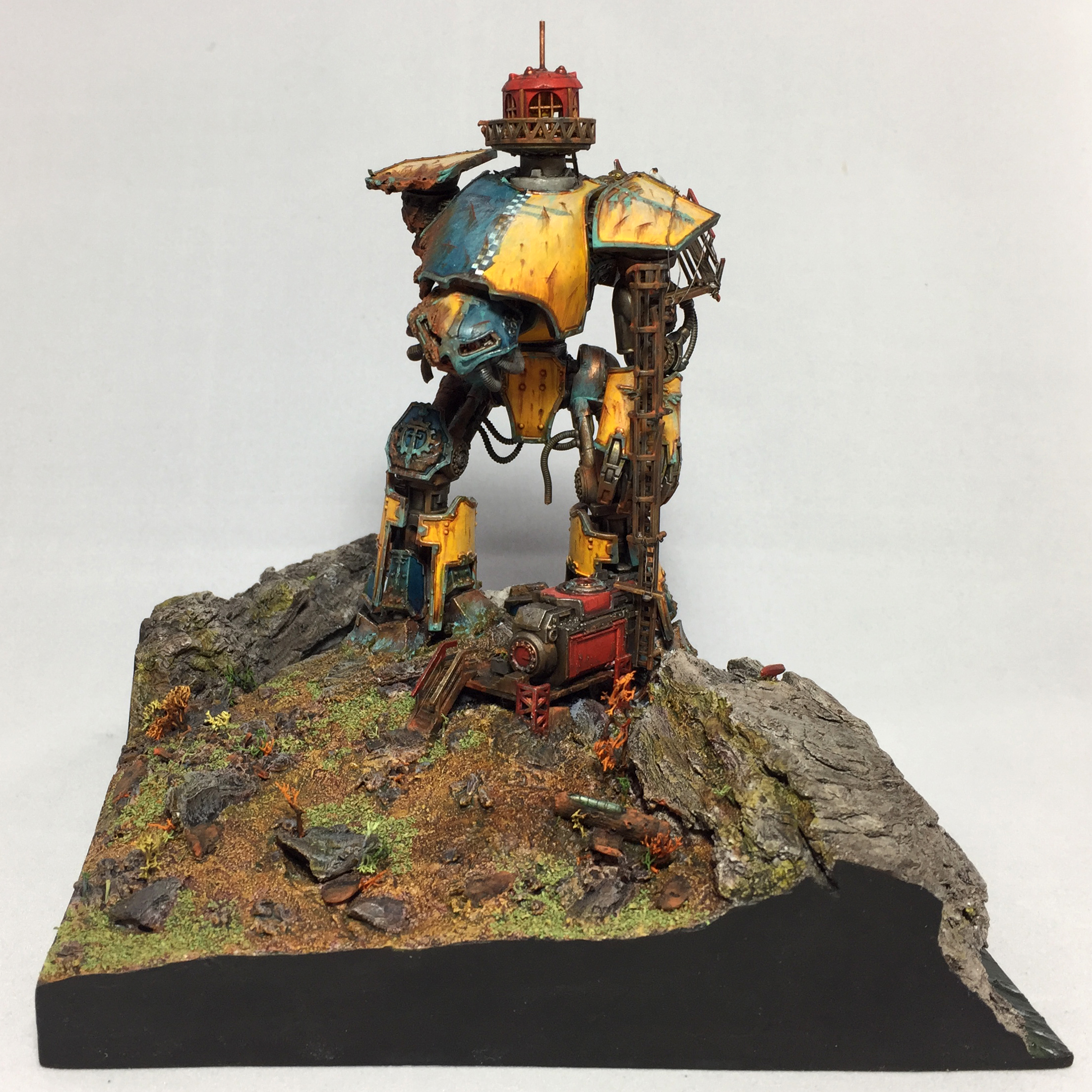 Local myth tells of metal gods that descended from the skies to wage their terrible war across these lands at the dawn of time.

For the story that went along with the building process, see Work in Progress below.

This diorama was featured in a video on Luetin’s Youtube Channel, combining shots and video from the diorama together with images and lore from the Warhammer 40.000 background. You can see it here: 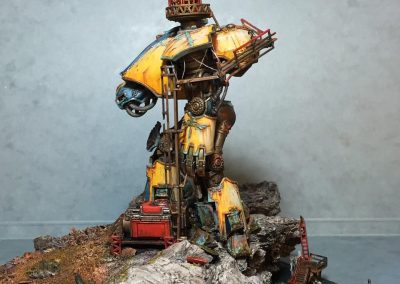 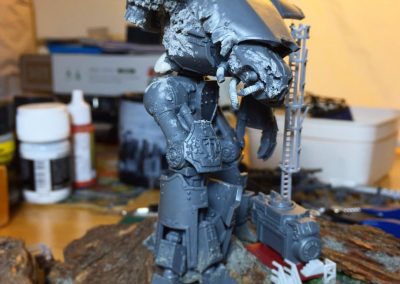 Day 24. Finally arrived. Reaching the construct took significantly longer than I thought. While getting closer it became clear that the right ‘arm’ is not just missing, but in fact violently removed. I dread to find out what could cause such massive damage to a 6-story tall construct. Time to set up camp. 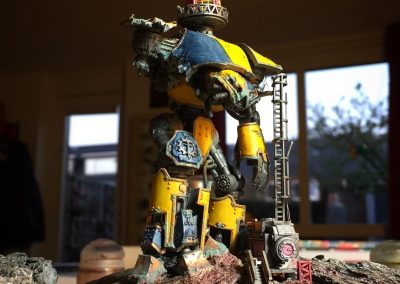 Day 25. I don’t know who built the small shelter underneath the construct, but it appears to be relatively recent. There is no trace of the last inhabitant. 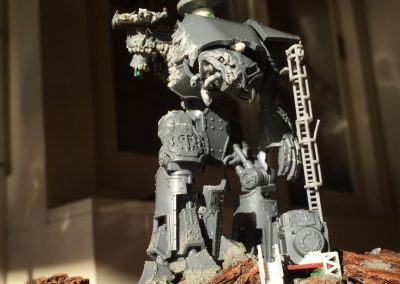 Day 30. As intimidating as the construct is, at times there seems to be a certain sadness to it. 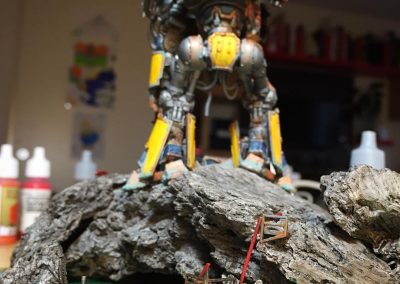 Day 27. I discovered a small boat moored in the bay below. The platforms are rusty but look sturdy enough to hold me, but the ladders are long gone. I’ll try to make some replacements. 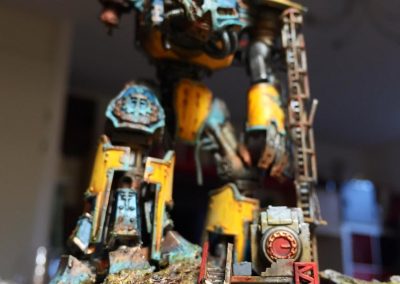 Day 34. The damned wind just never stops blowing around here. I swear it will drive me insane some day. Either that, or blow me off a cliff. 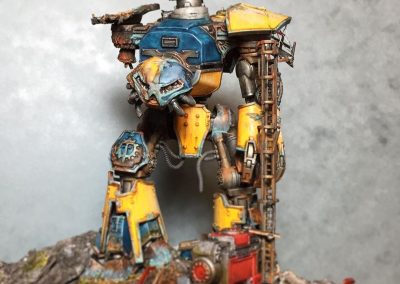 Day 42. The small dome on top of the construct intrigues me, but just like everything else here, the ladders leading up are unusable. All my efforts now go into climbing this thing. 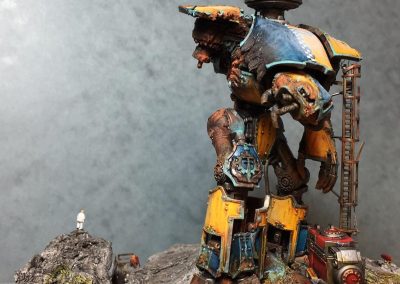 Day 72. Some days I am certain that I can see him standing there, staring into the distance. I mean, I know that it… but still. It gives me some peace. Day 78. I’ve managed to reach the top of the construct. It’s nature still eludes me, besides the obvious of course. That it is a huge friggin’ robot, which makes no sense whatsoever. 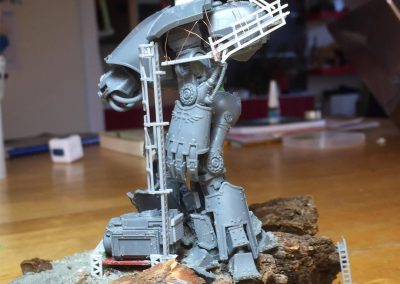 Day 80. As I already suspected, the smaller structure on top is also of much more recent origin than the rest of the construct. It appears to be some kind of transmitting device or beacon. I have strong doubts about the idea of trying to re-activate it. 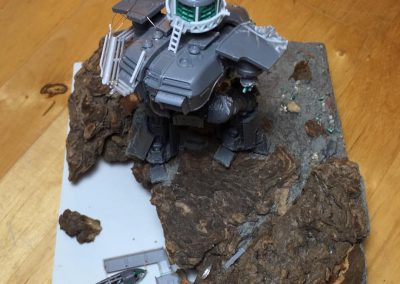 Day 93. Success! I got the boat up and running today. That should make life a bit easier around here. 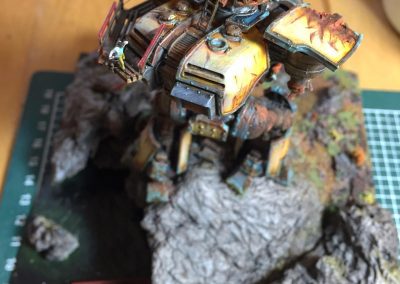 Day 102. The storm broke the top antenna in half. I will have to do something about it if I ever want to reach someone.