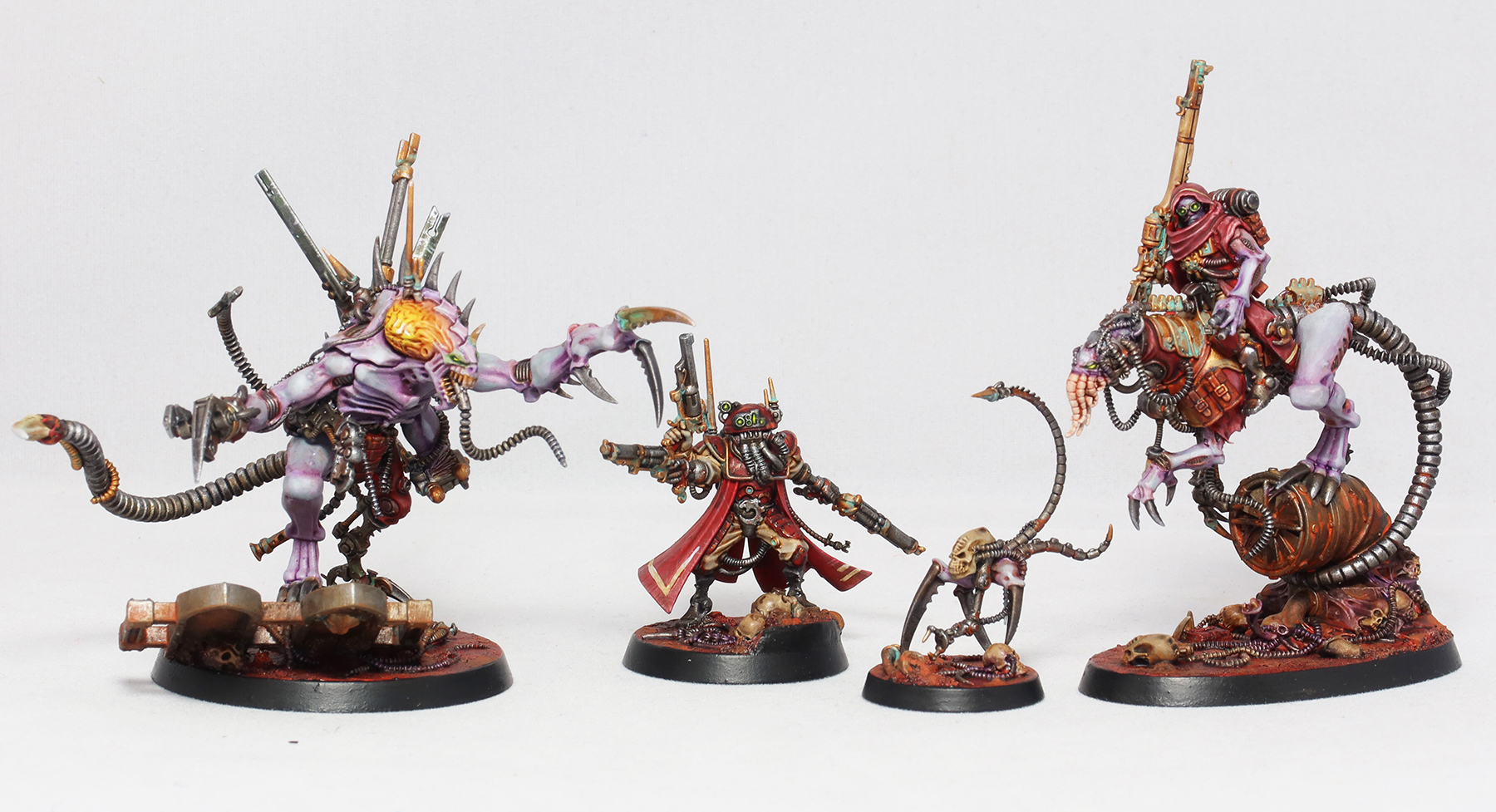 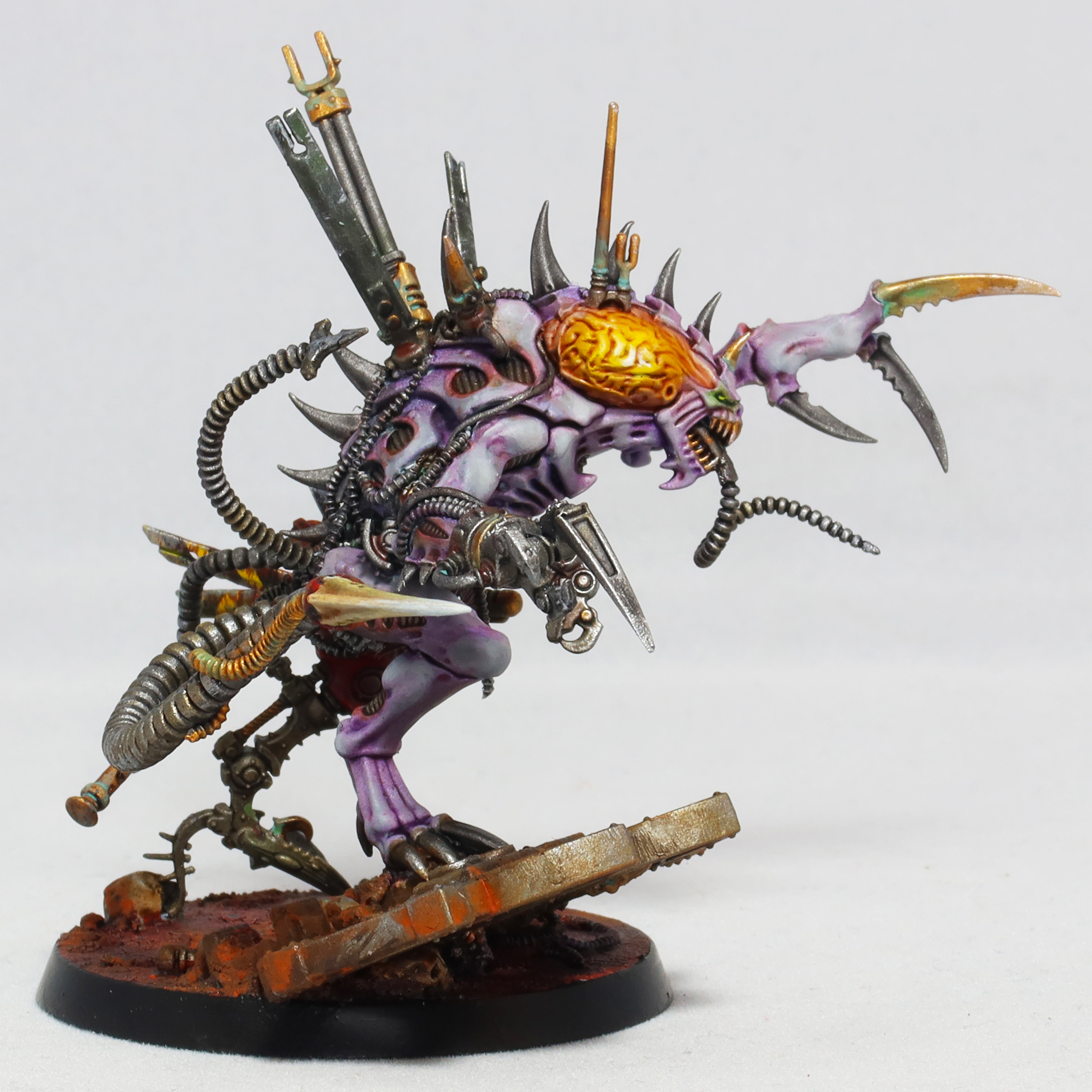 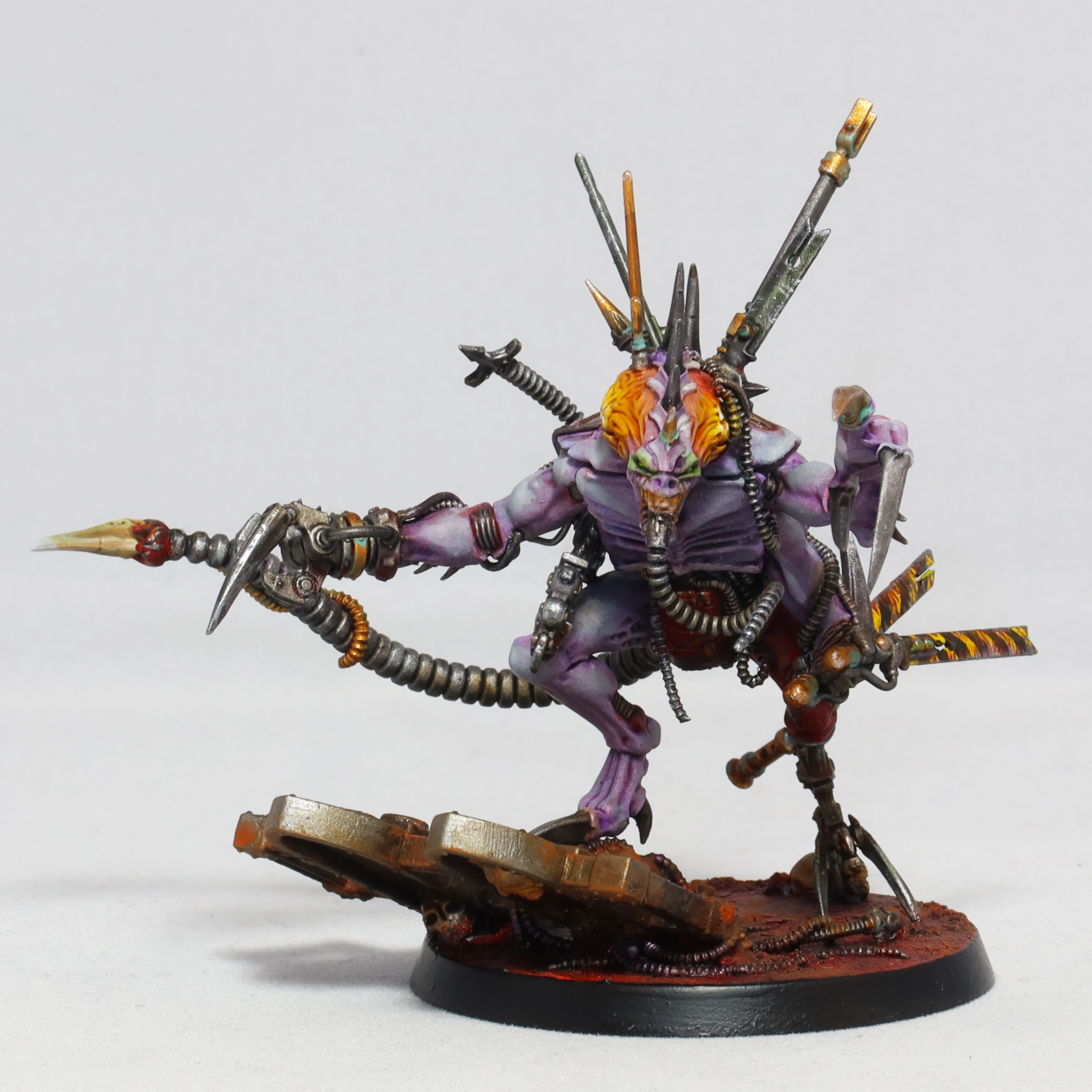 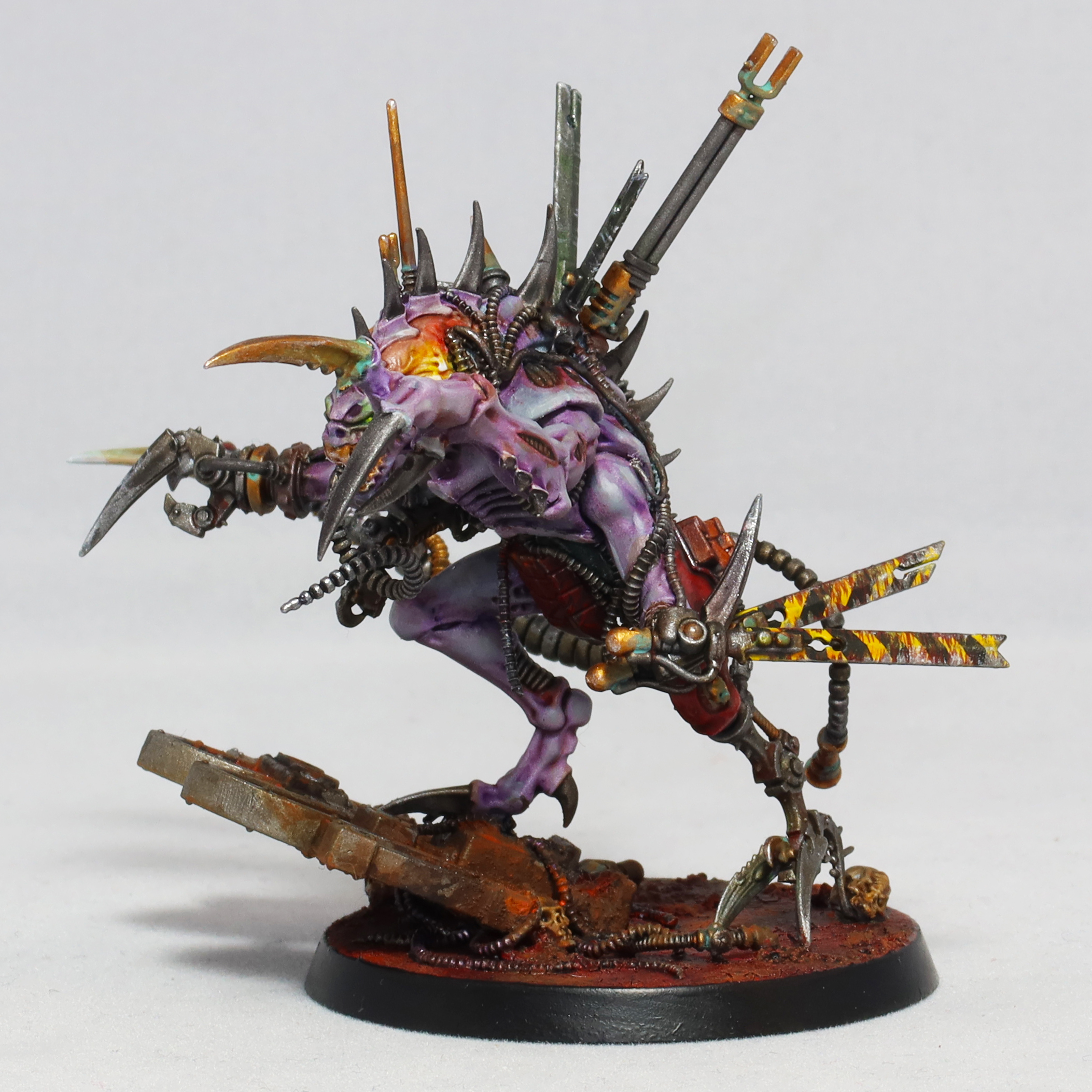 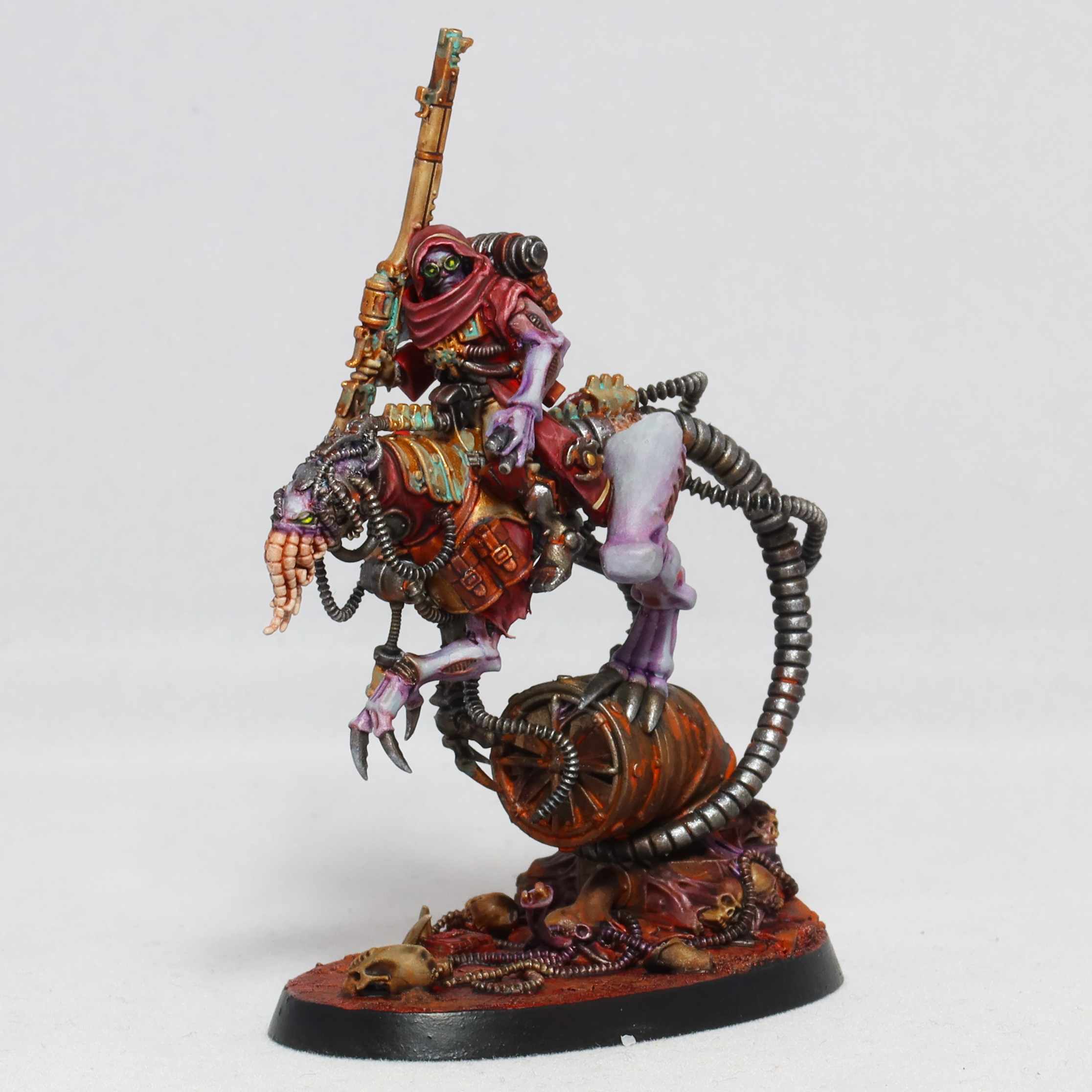 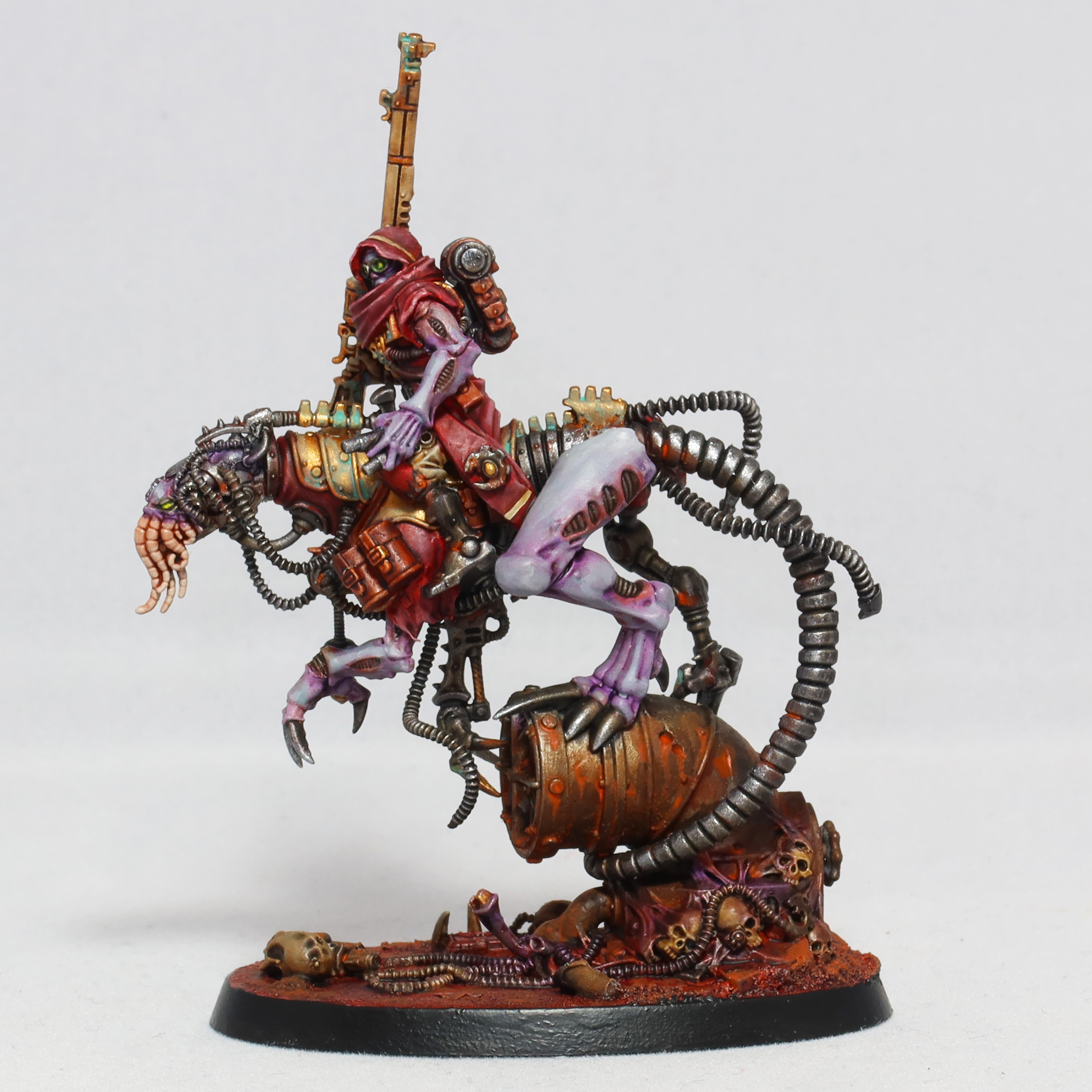 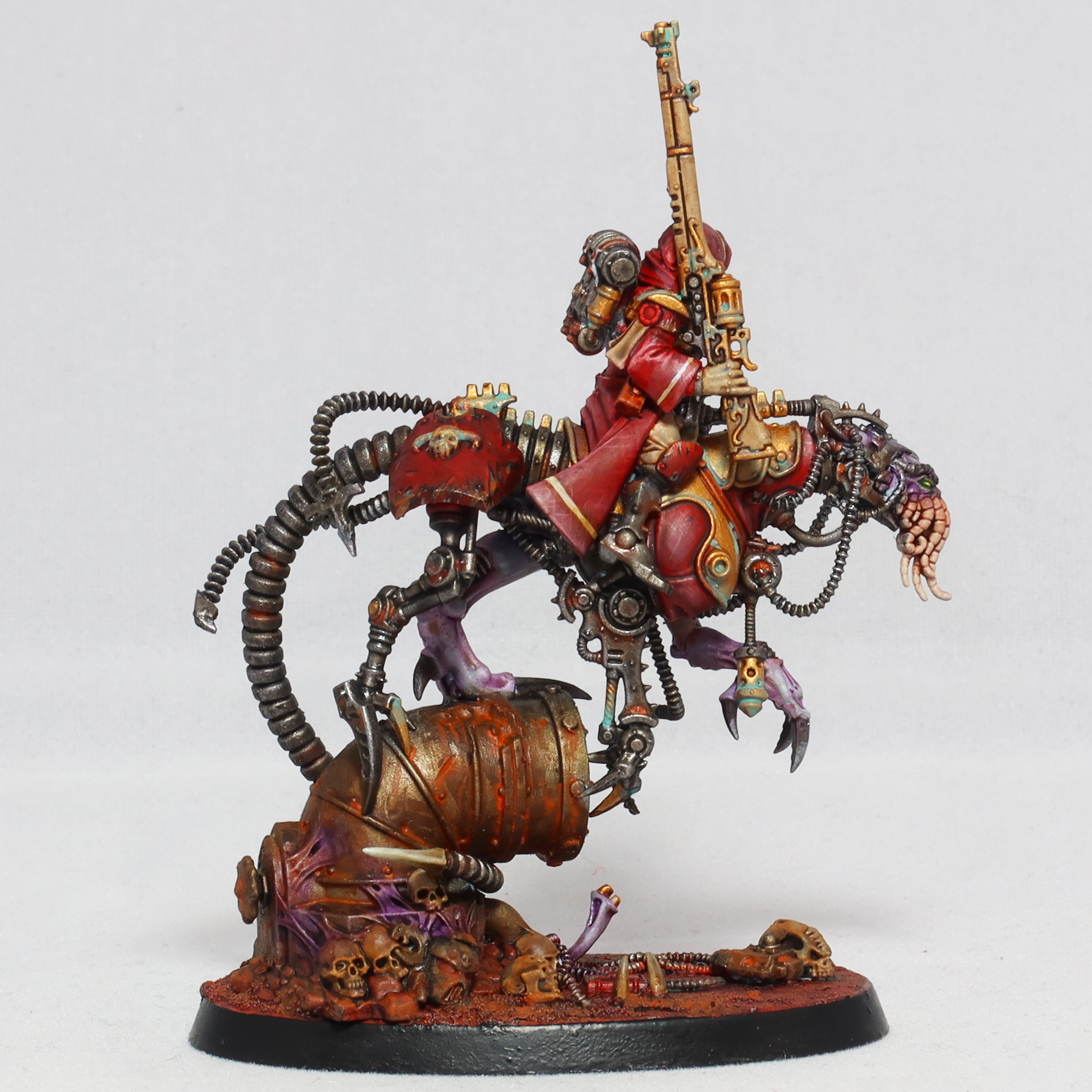 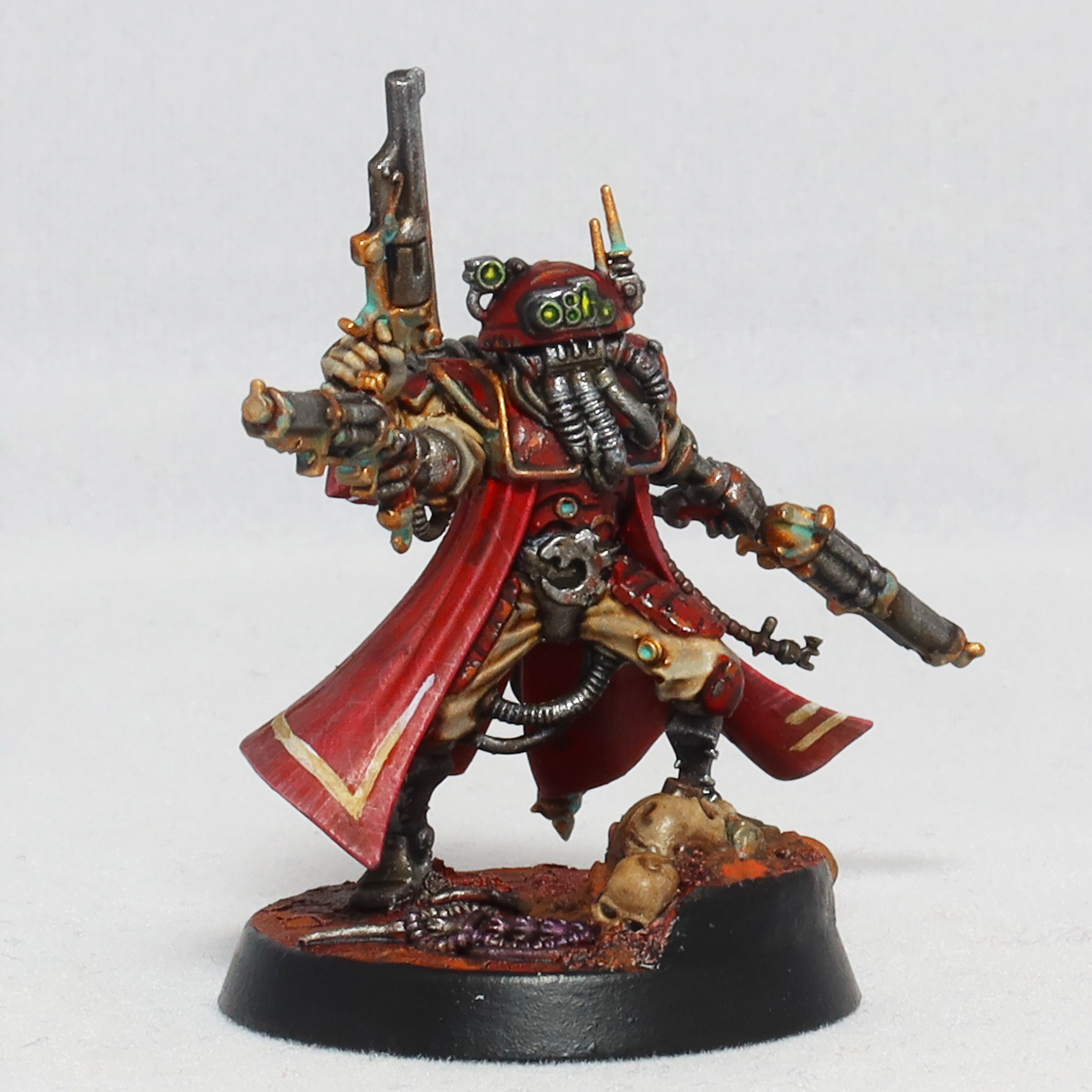 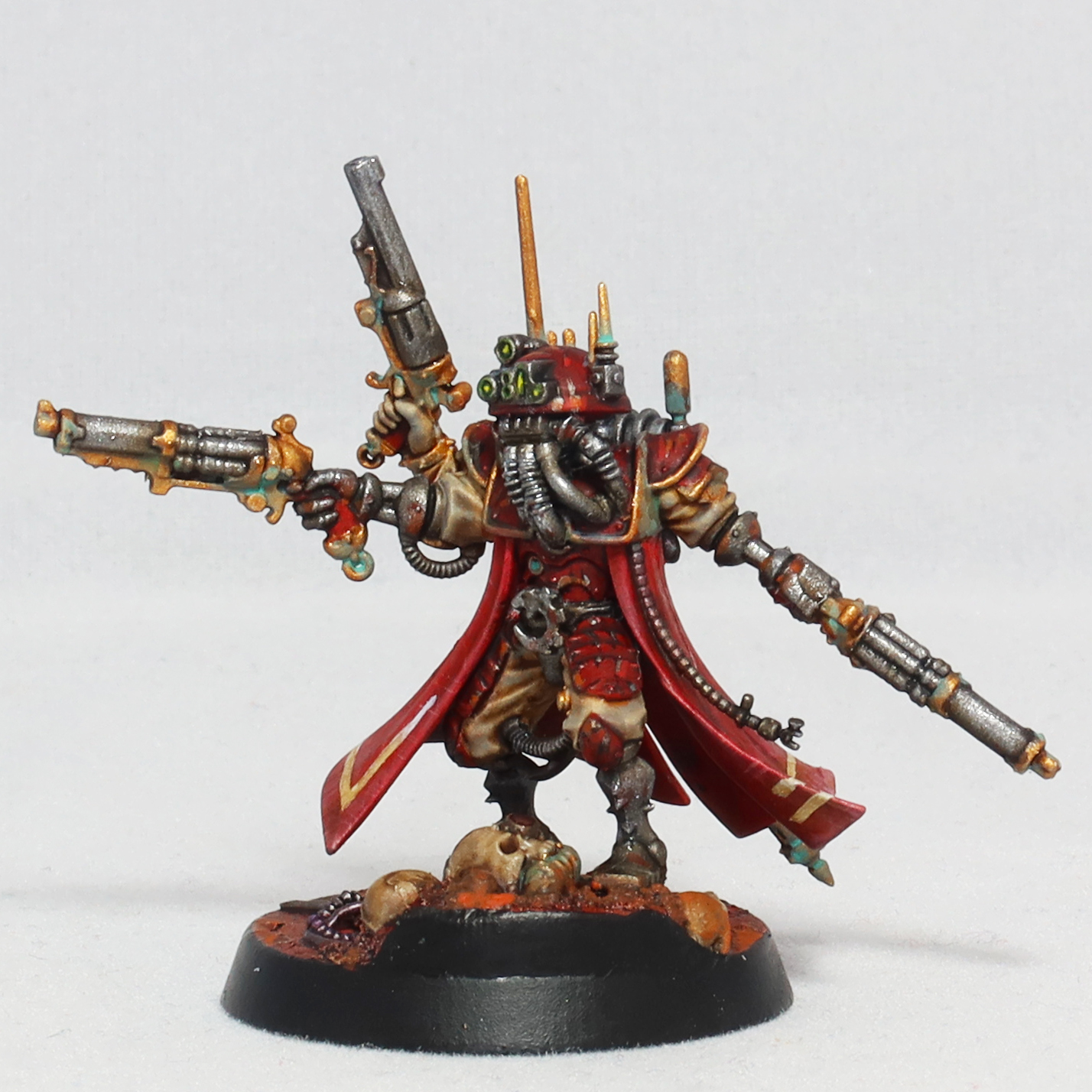 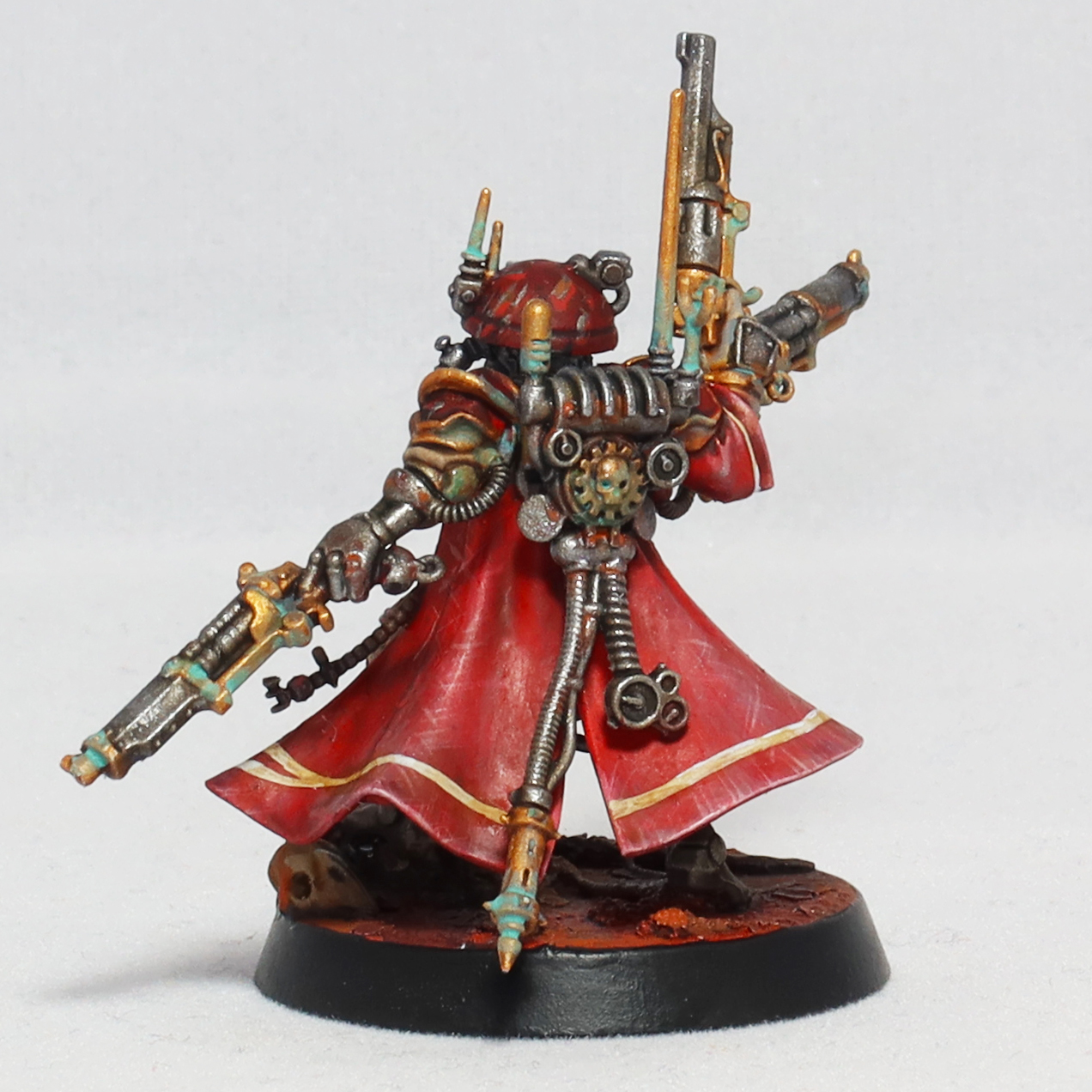 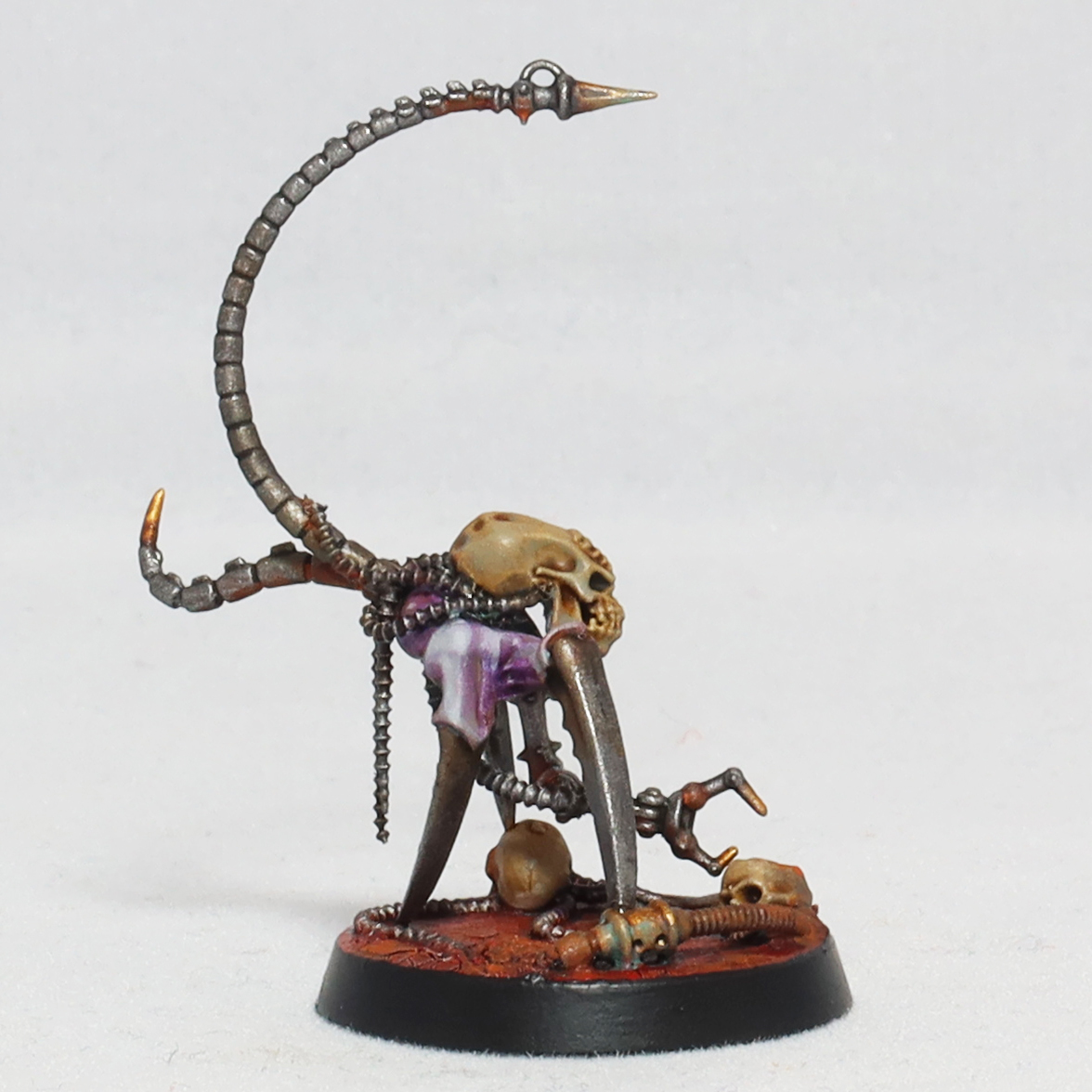 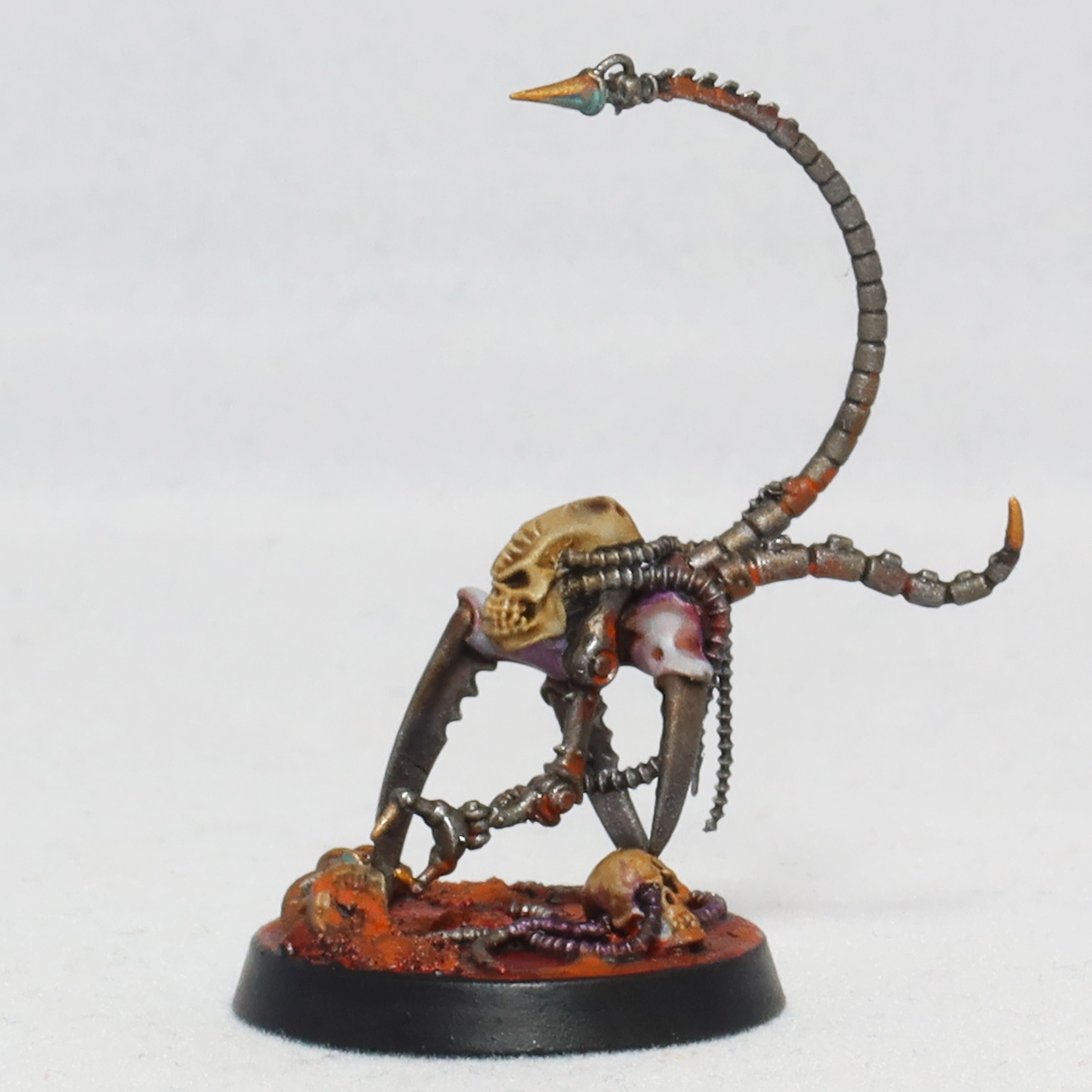 Four members of an Adeptus Mechanicus cult infested by Genestealers. The models play as Genestealer Cultists on the tabletop and represent fltr: a Broodlord, a Kellermorph, a familiar and a Jackal Alphus.

This gang is a kitbash of the Brood Coven kit together with the Serbyris Sulphurhounds and some Skitarii bits.

Magos Biologis Gregor Fastus started out as a scholar under the great Xenologist Erlan Klute. During his apprenticeship he regularly encountered the Tyranids, but unlike Klute, Fastus saw great potential in using the Xenos as a weapon.

After being elevated to the rank of Genetor, Fastus continued eradicating Tyranid infestations. In the meantime he secretly collected samples during these campaigns. His most prized one was a heavily wounded but still living Broodlord, on which Fastus started experimenting in order to perfect his bio-weapon. While ‘augmenting’ and ‘improving’ the sample as he saw fit, his mind was slowly being subjugated by the Broodlord until he was reduced to a mind-slave to the creature. When Fastus’ work was complete, the Broodlord ordered the Genetor to release him.

Among the many gifts that Sample XM-43669-z had received was a set of bio-mechanical interfacing systems that now allowed the Broodlord to infest the forges of Marlo-III with terrifying efficiency. The Cult that has grown around the creature is simply known as The Cable. It’s growing exponentially and has already taken over half of the forges. Marlo-III seems doomed to fall within months.

These images are posted in chronological order 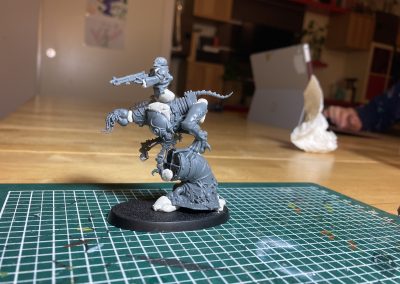 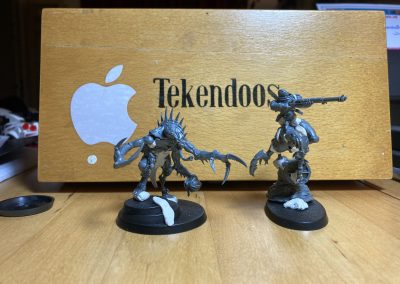 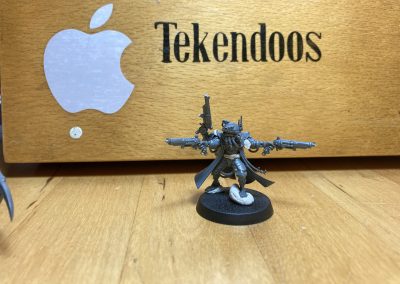 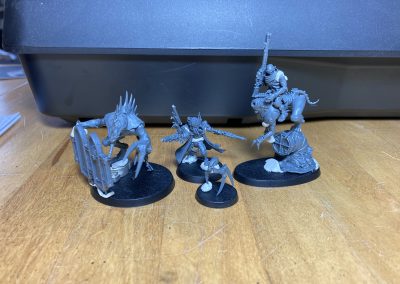 The whole gang sketched out. 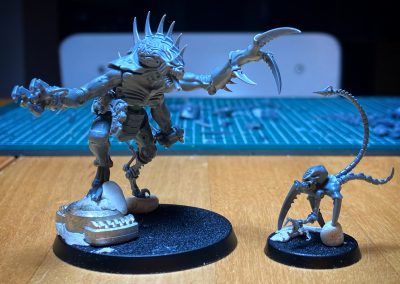 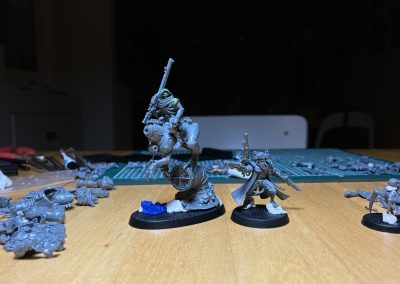 Alphus and Kellermorph are taking shape 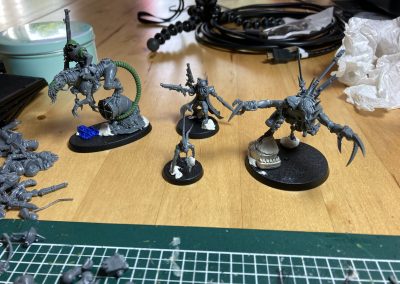 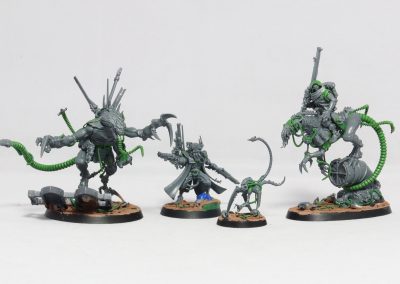 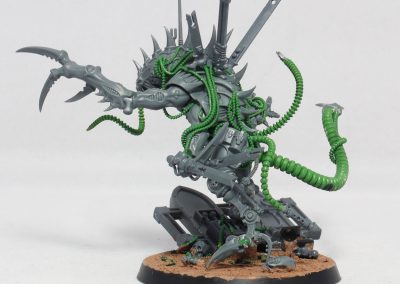 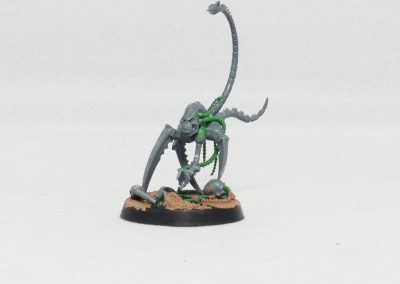 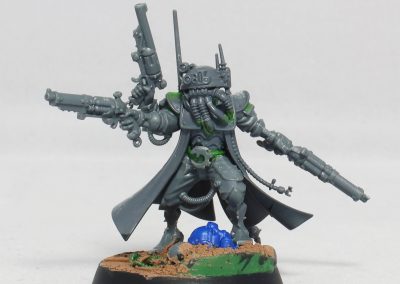 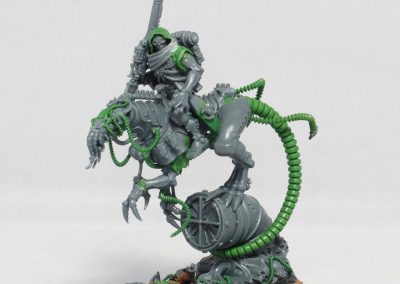 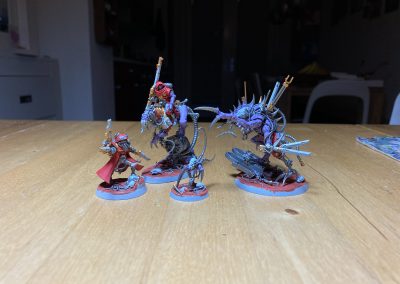 Blocking in the colors. Slow and tedious work, I don’t really like this part too much 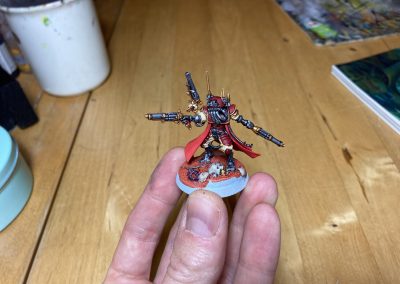 First washes on the Kellermorph. Definitely my favorite phase of painting. 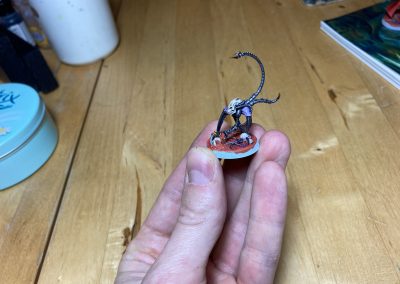 This guy is starting to grow on me. 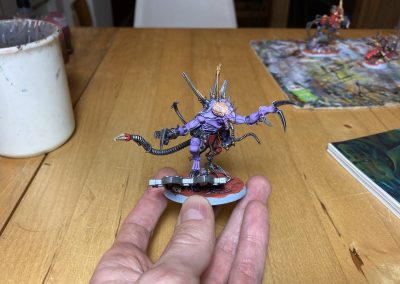 Home stretch on painting the Broodlord. 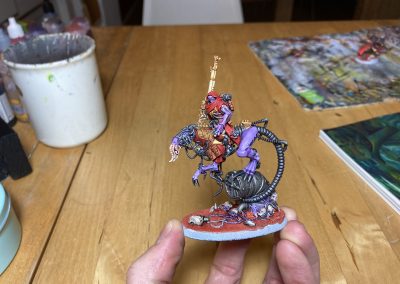 Getting close with the Alphus! Next step is glazing the skin with grey and white.