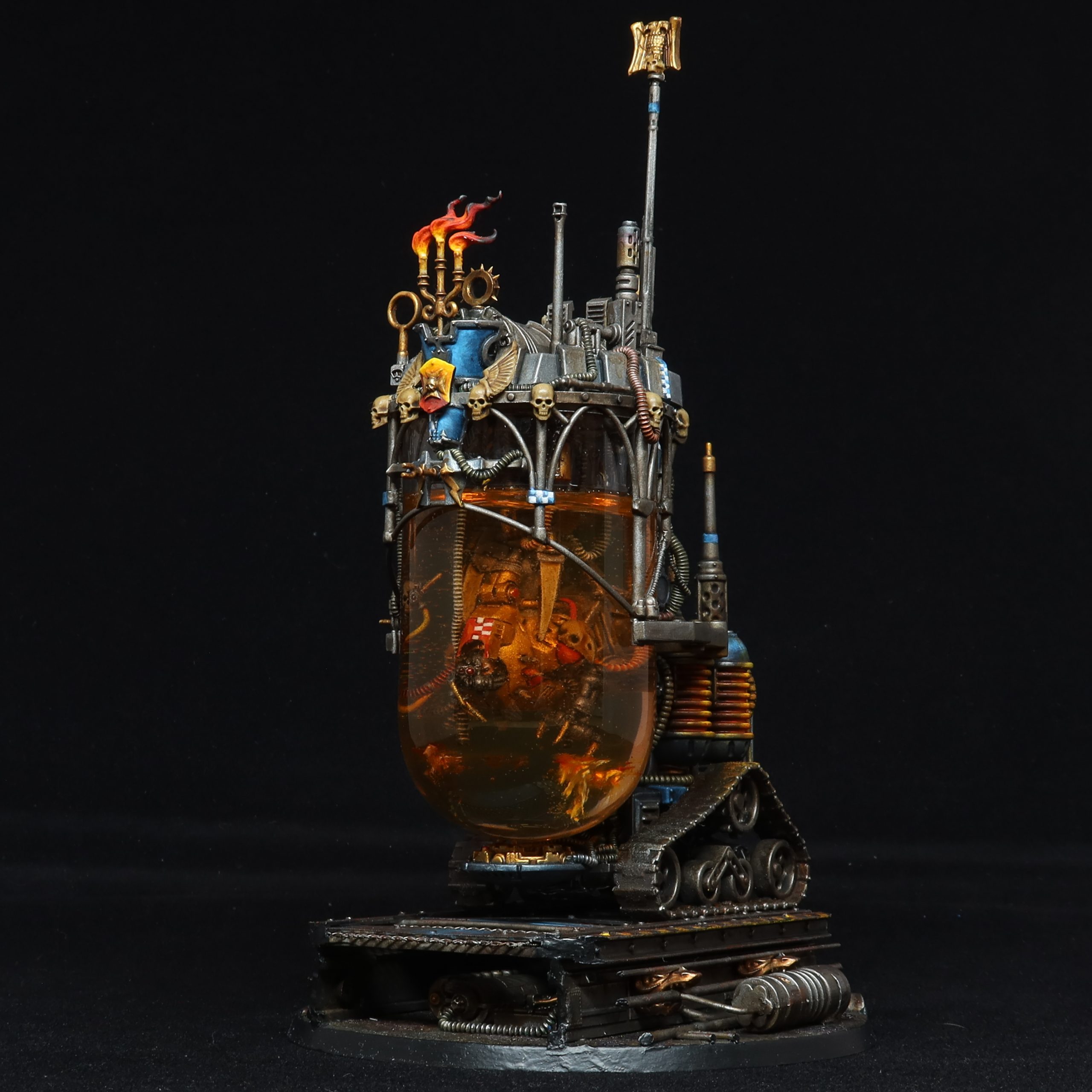 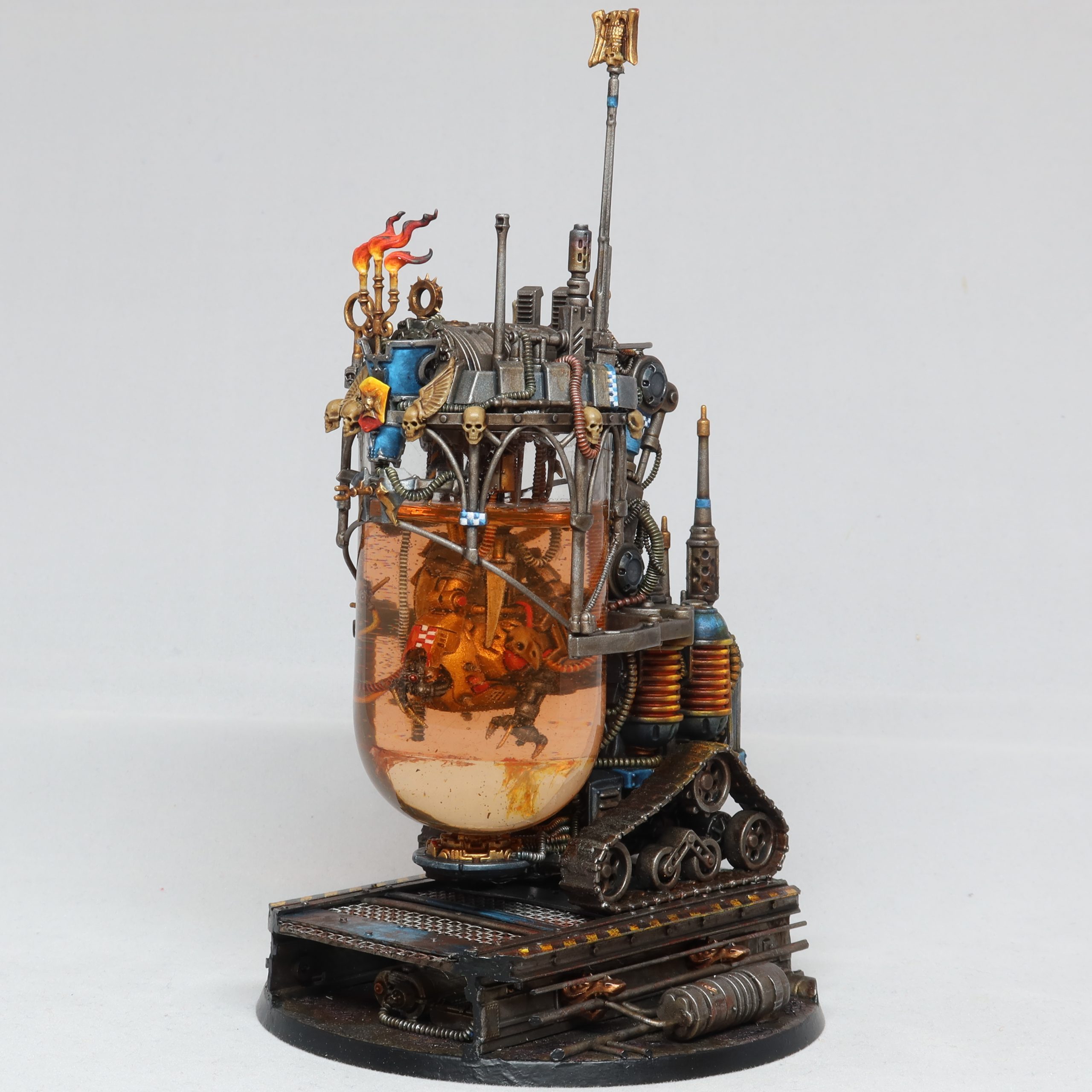 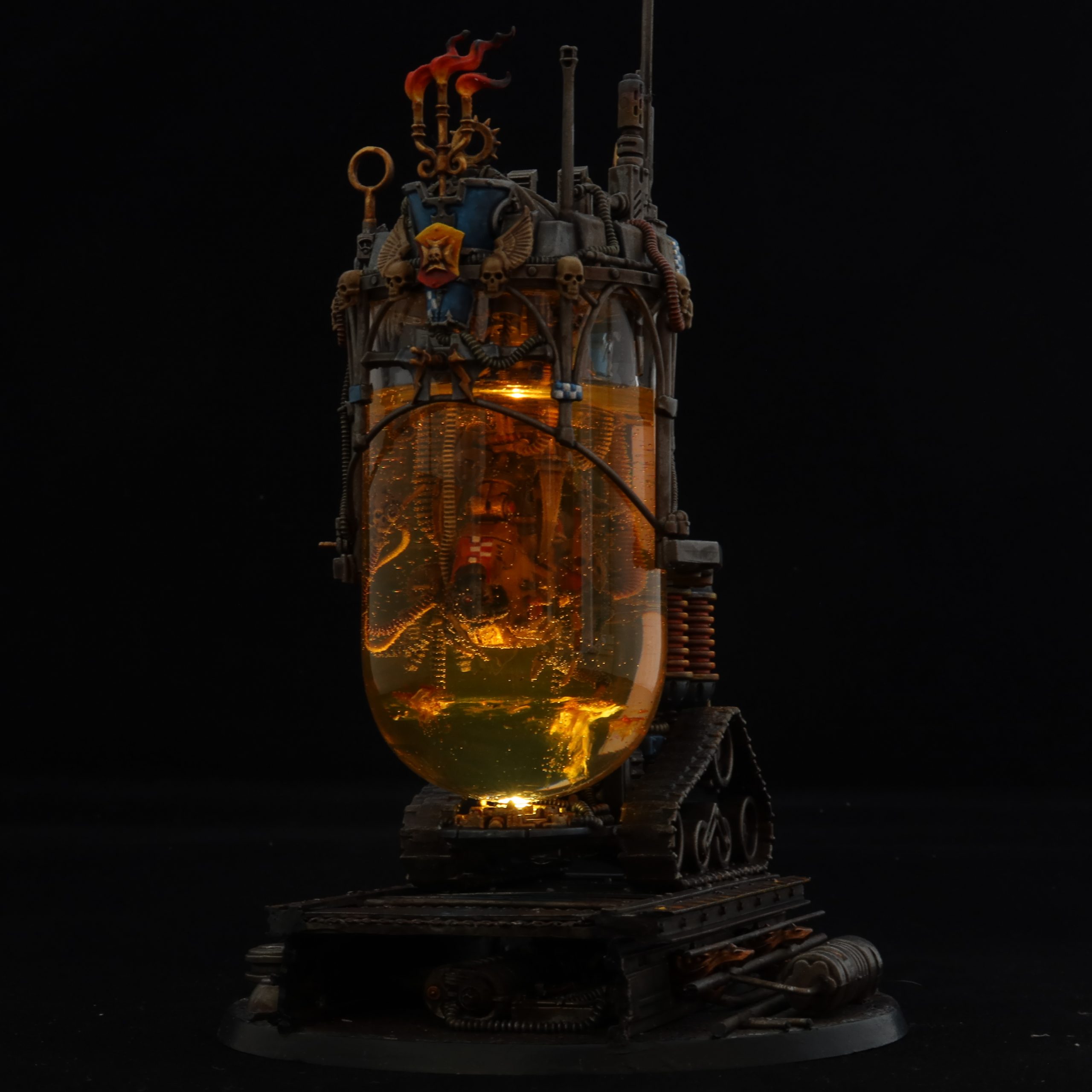 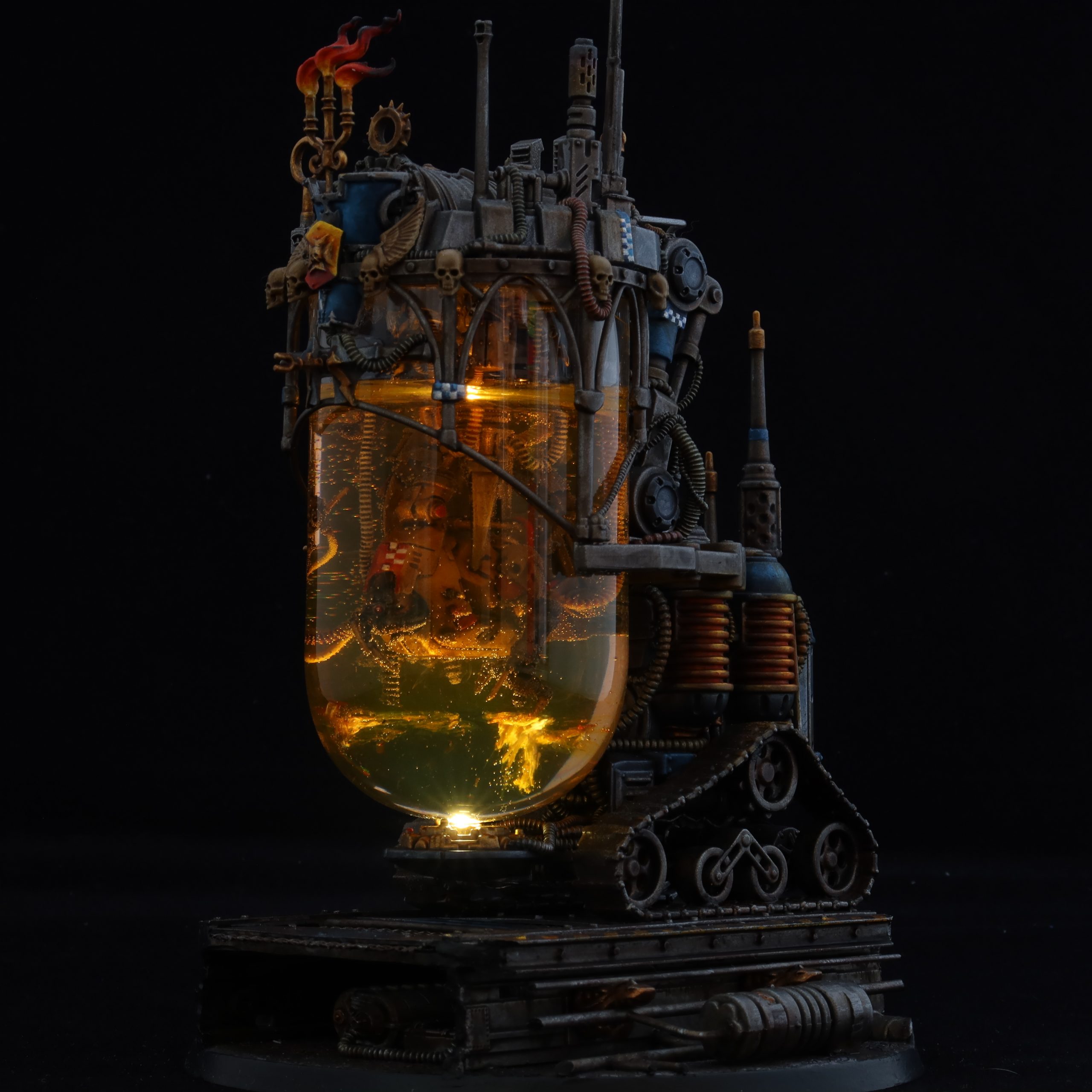 Lady Sabiliteure, Navigator of House Traiectum was transiting from warp-space to realspace when the Cicatrix Maledictum tore the Galaxy in two. The vessel she was navigating entered realspace right in the path of the opening Great Rift, causing terrible damage to the ship and crew. Through enormous effort, the Lady Navigator escaped the catastrophe with her mind intact but her physical body ruined.

Combination of various kits, a glass dome from  a christmas ornament, Pebeo Crystal clear resin and a small LED.

Show&Tell of the Navigator build

Luetin made an awesome video of my Navigator, combining the model with an overview of the lore from Warhammer 40.000. Watch it here!

This has been a wonderful project. The build came quite naturally after playing around with the clear glass dome. The first sketch (see post way down below) happened when playing around with two main components: the truck and the dome. I actually forgot about it until someone poked me about it on Instagram and I picked it up again.

From the start I wanted to have resin in the tank, which I had left over from The Bigger Picture project. I fooled around with colouring the resin using Citadel Washes, which worked pretty well. In the end I poured the resin in two parts: first the bottom layer up to the model, the second layer immersing the model. The icky effects at the bottom of the tank were made by adding the wash after 7 hours of curing the resin, and poking around with a toothpick. The bubbles in the top layer all appeared during curing, and were a happy accident as they add a lot of dynamics to the model. The LED was also in my head from the start and I am incredibly pleased with how it turned out.

What I would do differently next time: don’t glue the hanging model to the roof before adding resin. I had to pour the top layer in one go, because as the resin cured the roof was fixed to the glass dome. Keeping those parts separate (by hanging the model from beams into the dome), the pouring can be done in multiple sessions. But that is a minor point.

You can see the building process below, from oldest to most recent