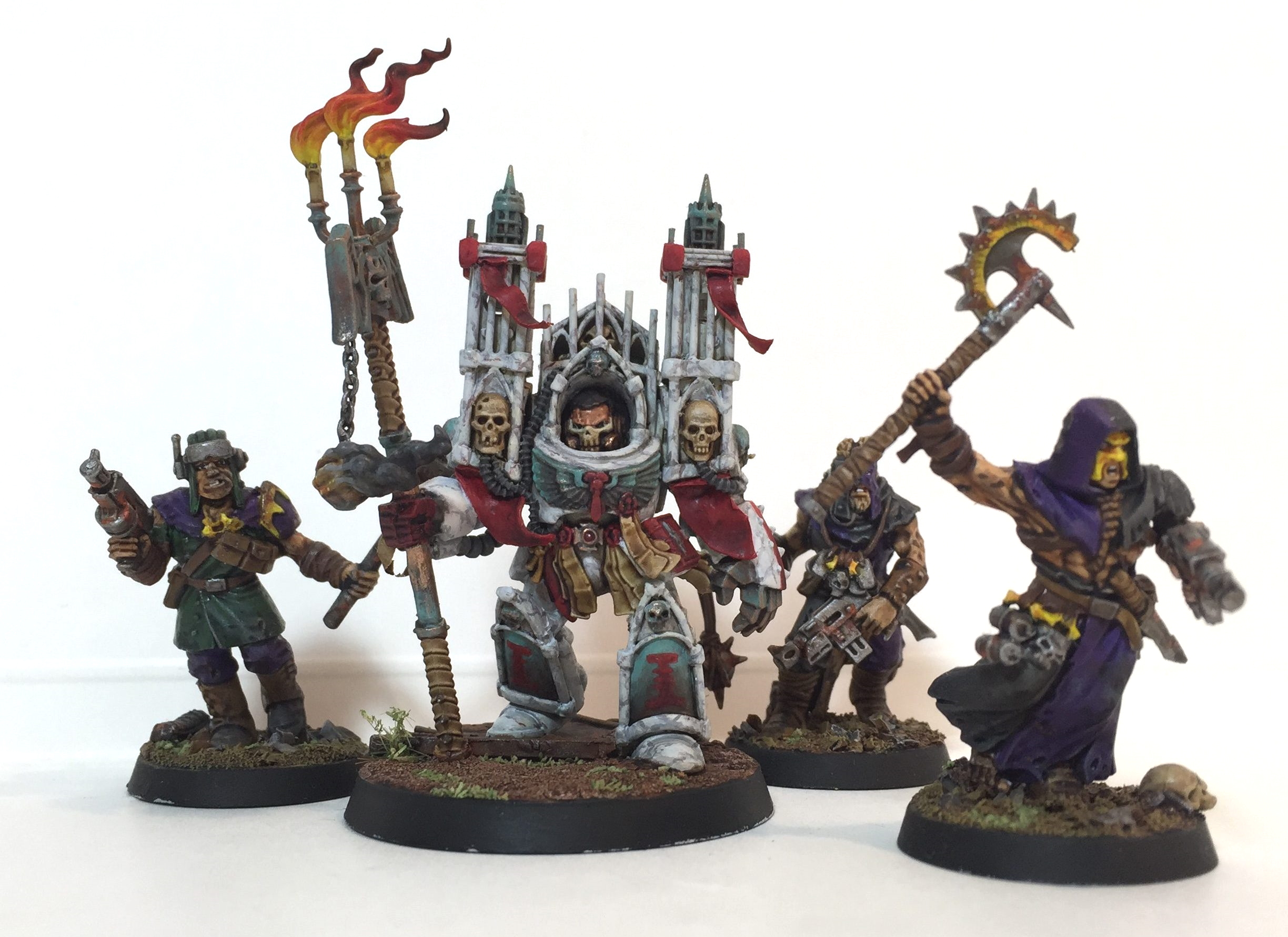 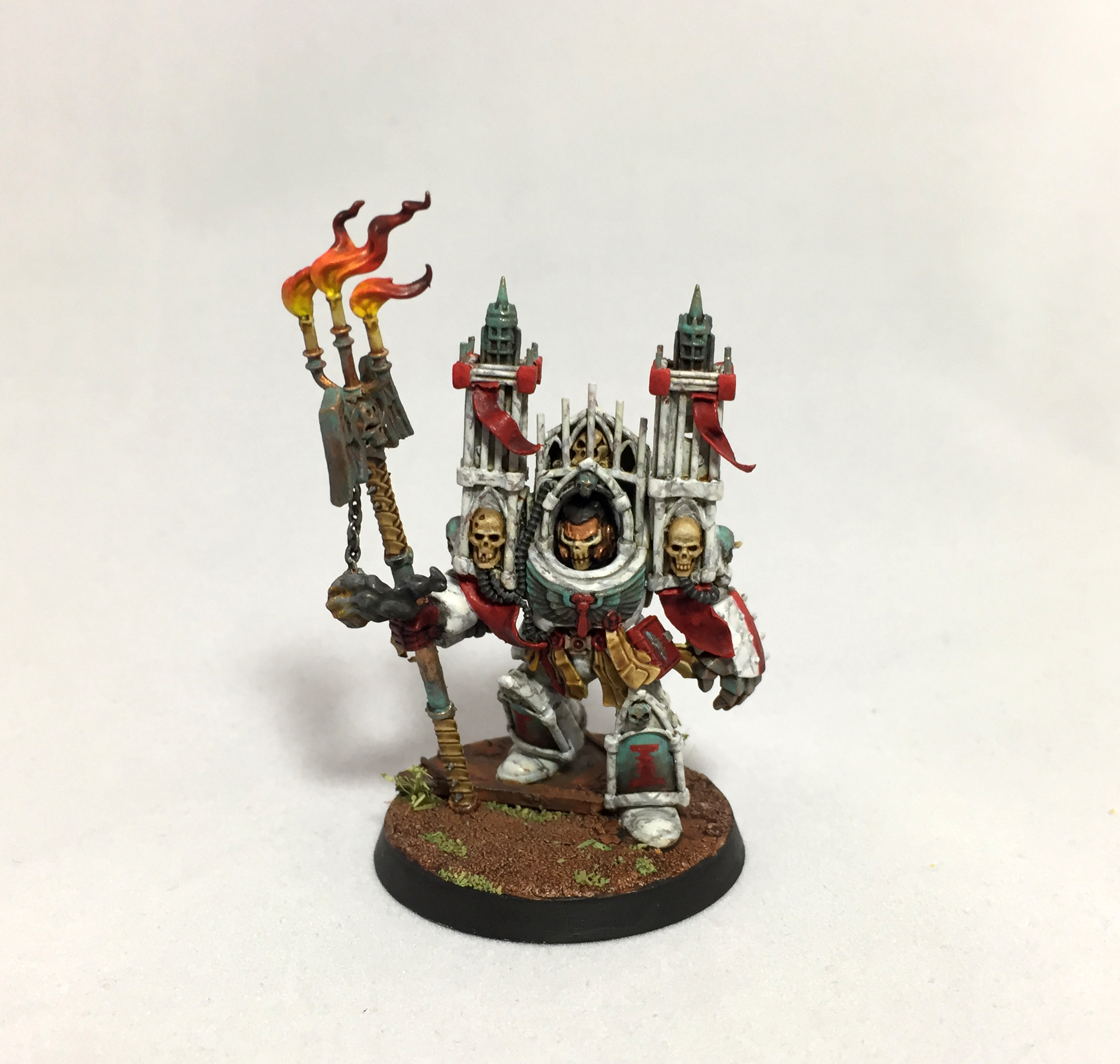 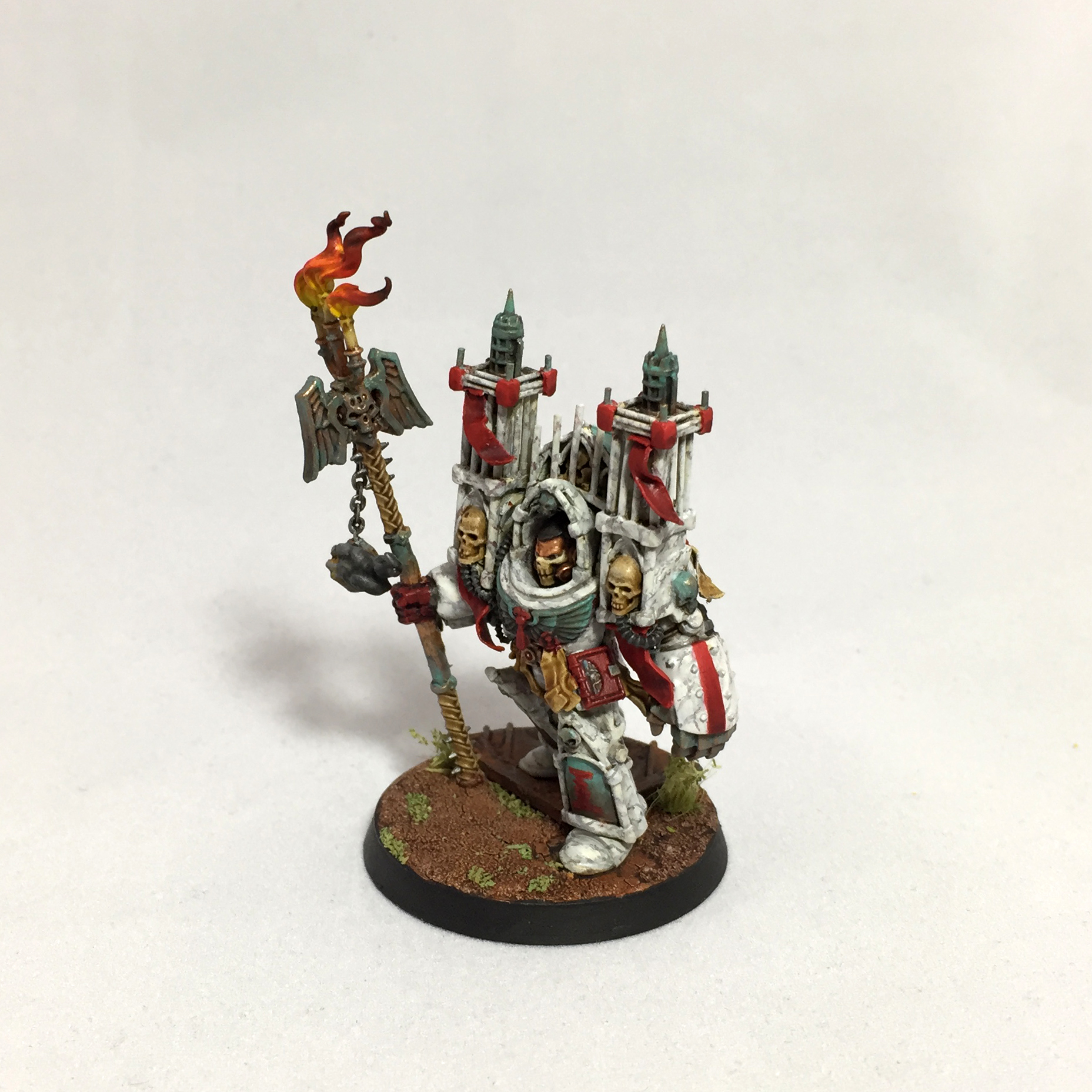 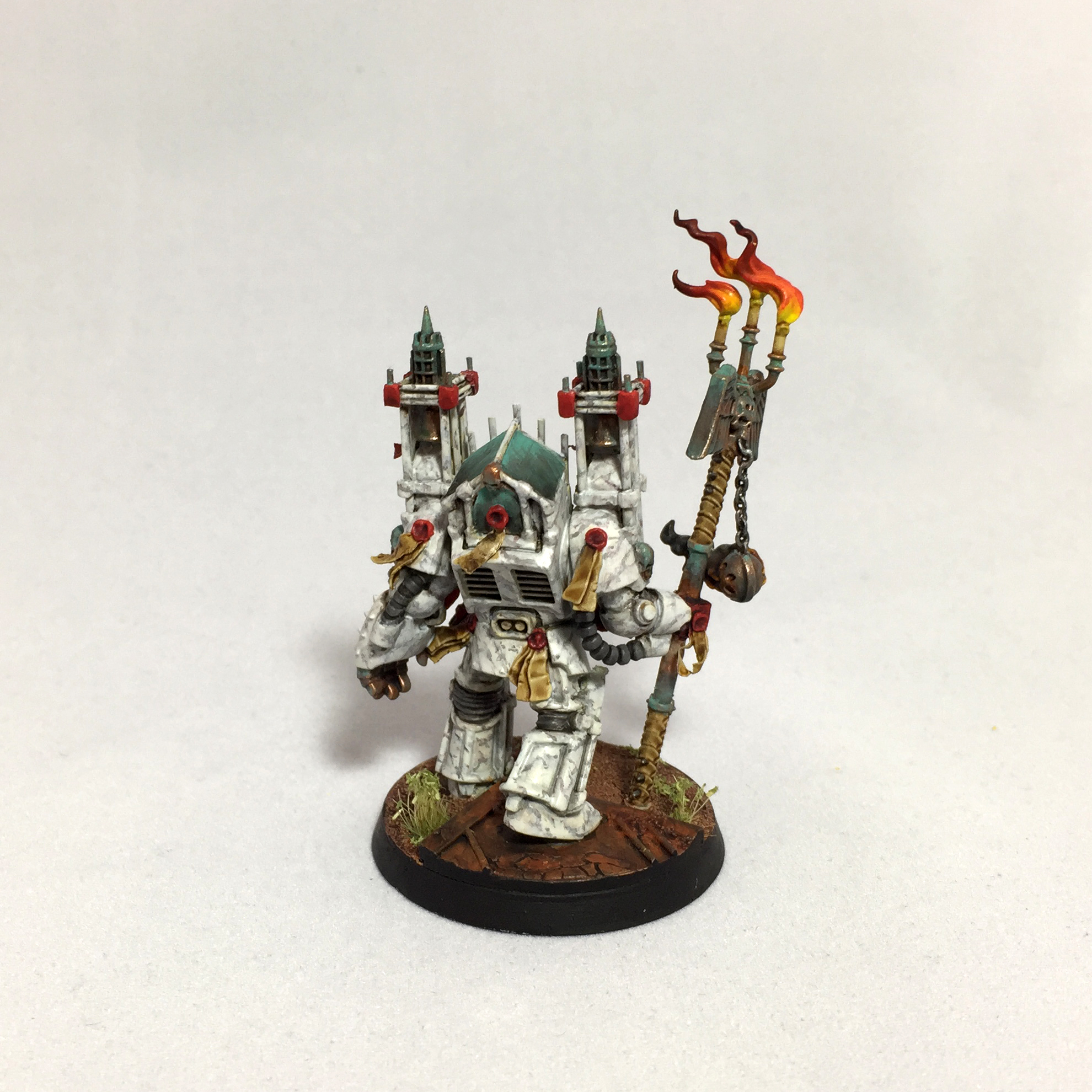 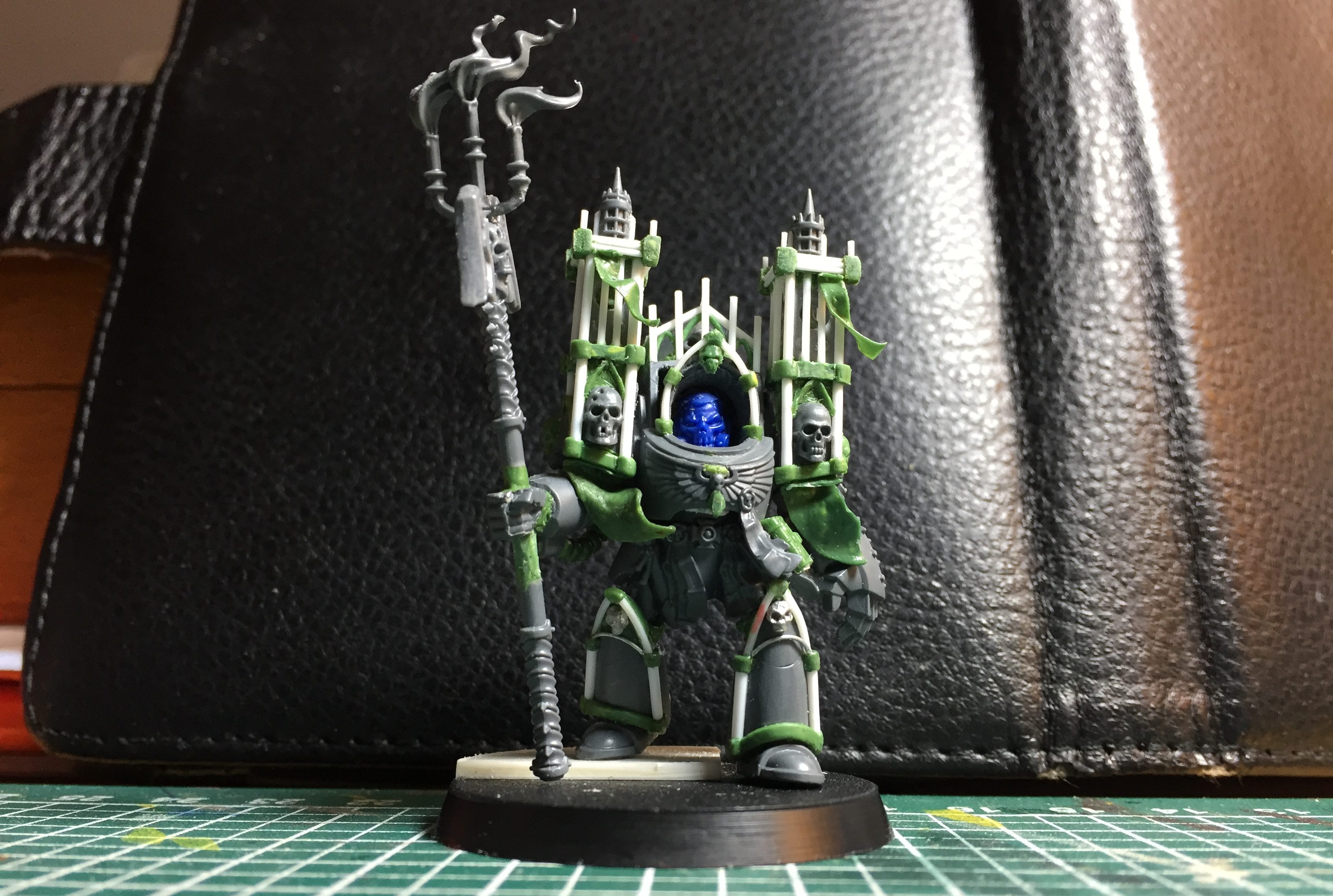 Brother-Chaplain Due, sole survivor of his Chapter during the defense of the Cardinal World Vendit VI. The planet was lost, but Brother Due managed to recover some of it’s most holy artifacts. He has integrated these within his artificer terminator armor. All records of his chapter and previous identity were expunged and Brother Due was taken up in the Ordo Hereticus to atone for the sins of losing Vendit VI

I used a Dark Vengeance Terminator as a base. Warhammer 40.000 Terminator armour in my mind always was incredibly bulky, impractical and impervious. I wanted to emphasize this and scratch-built a cathedral on his back. 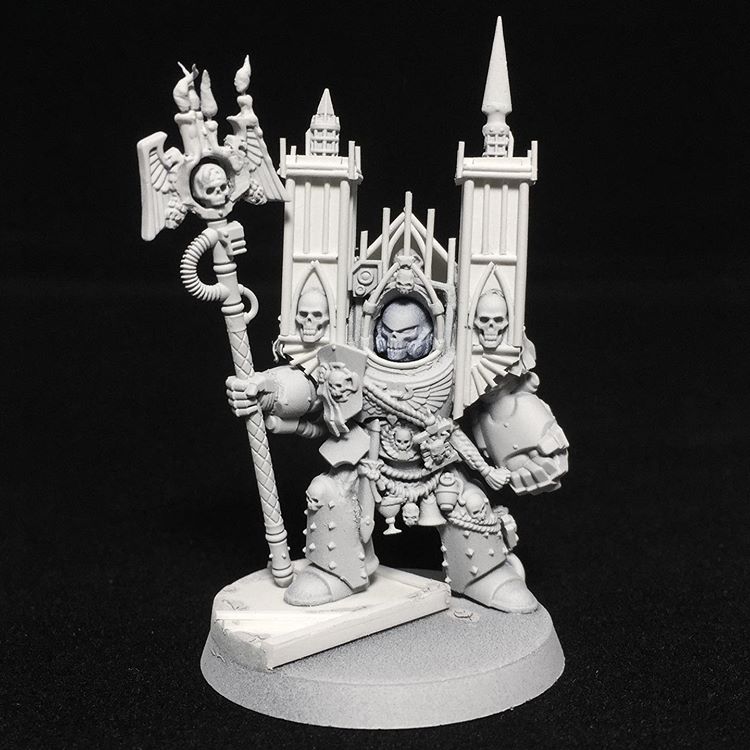 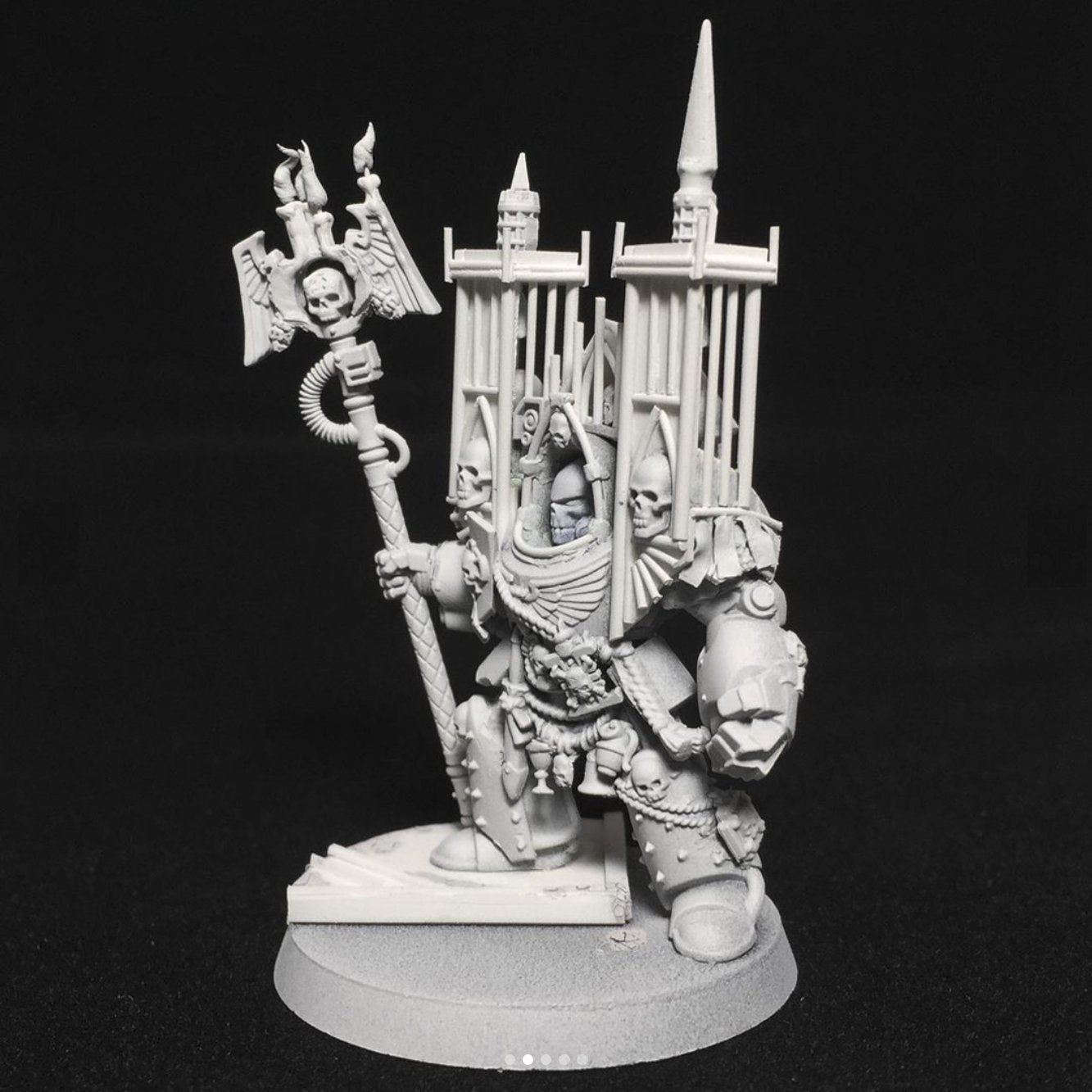 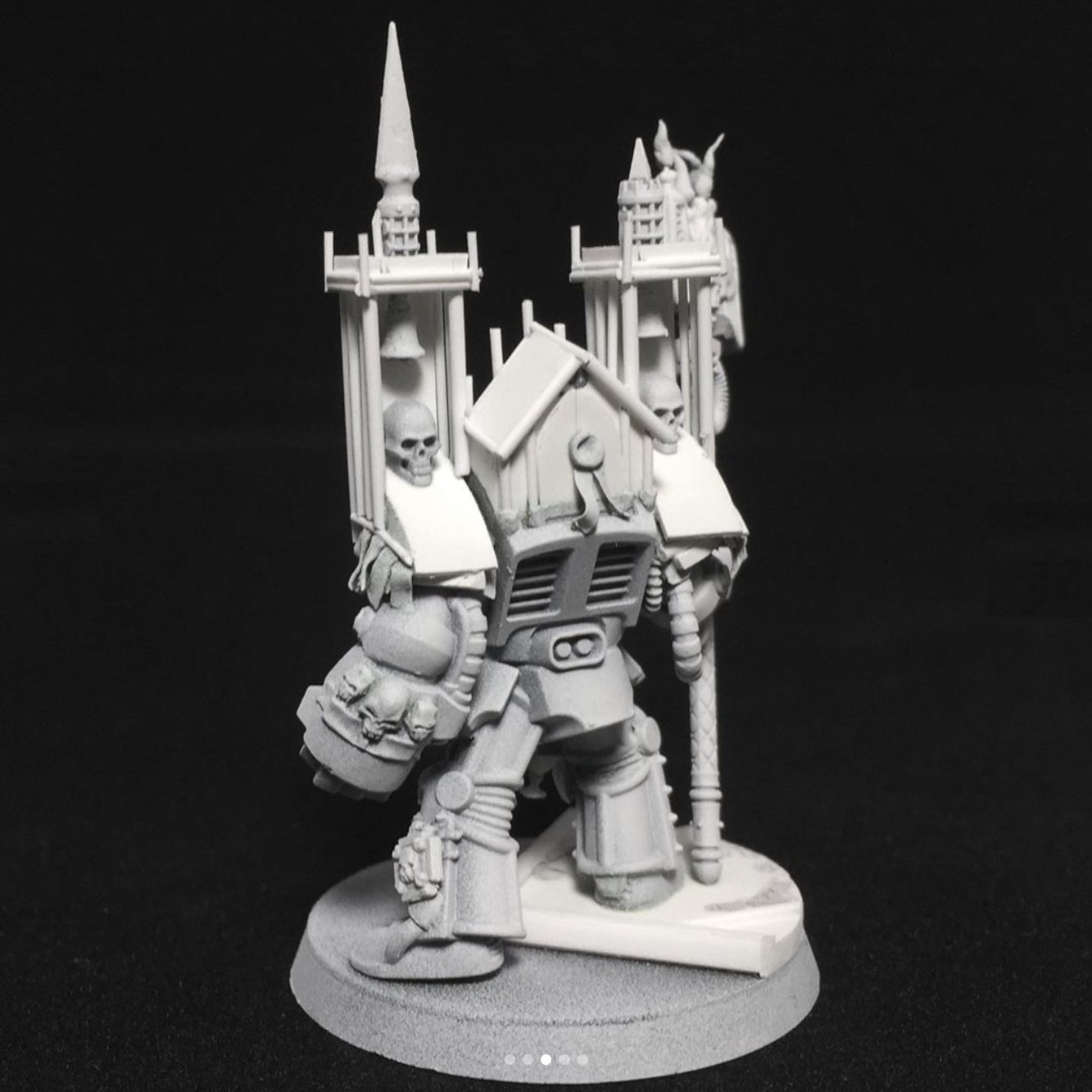 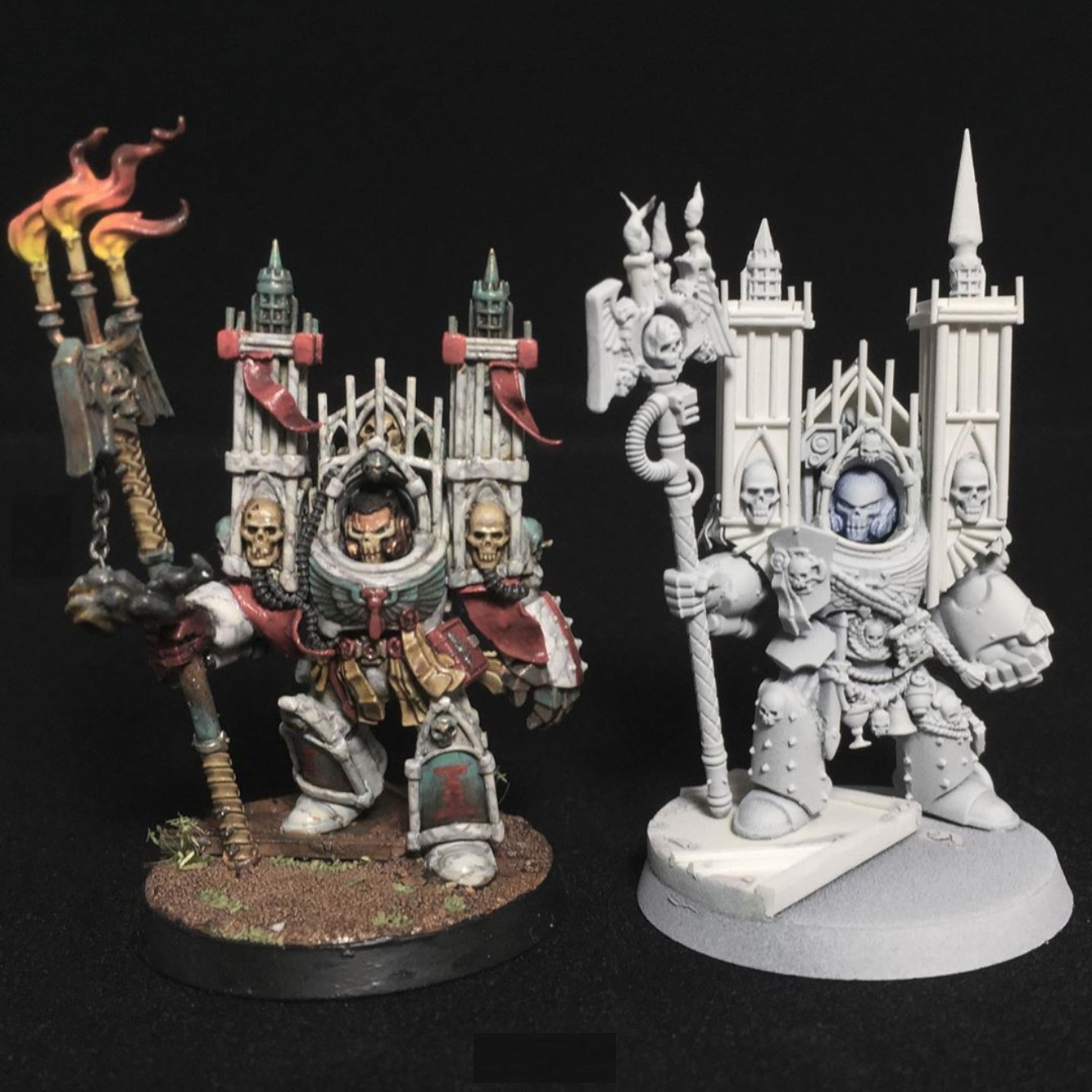 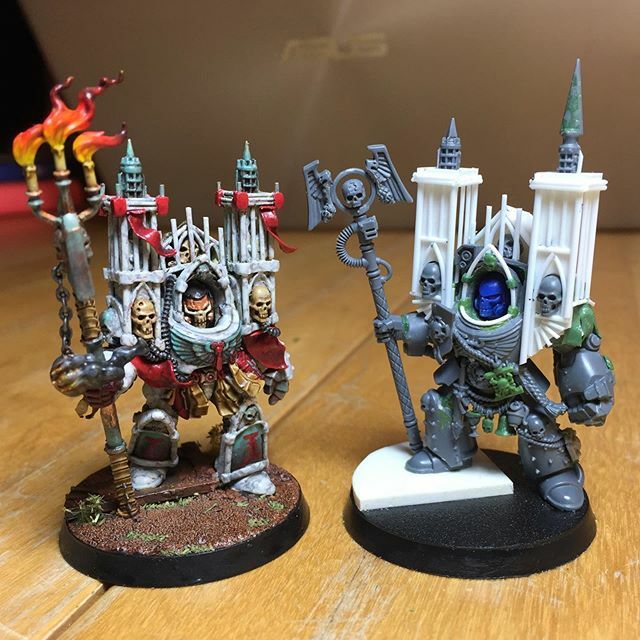 A customer through Etsy requested an unpainted build of the model above. You can see this new and improved build here. It’s also based on another Dark Vengeance Terminator, but as it was a second build I was able to do more with plasticard and less with greenstuff, resulting in a much cleaner build than the previous one. 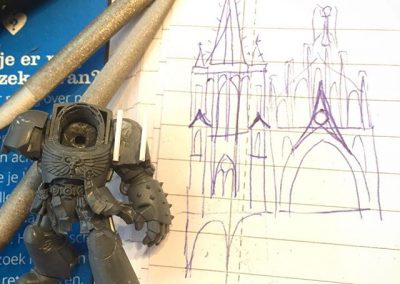 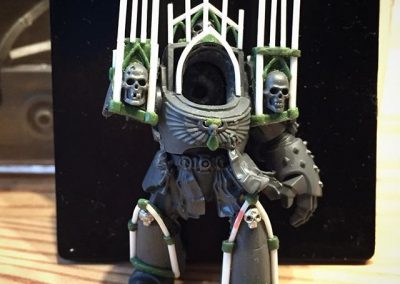 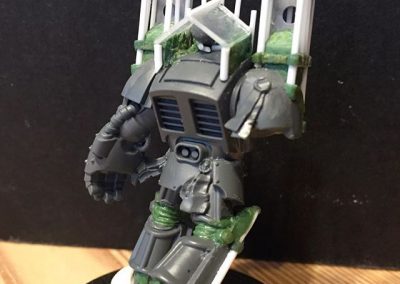 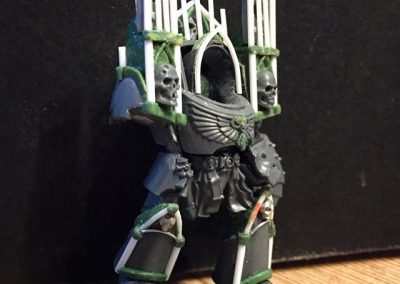 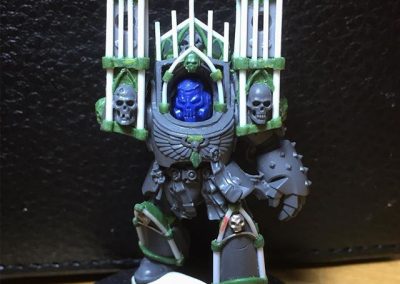 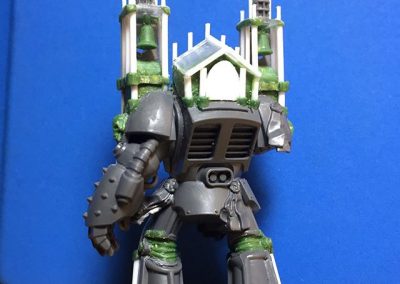 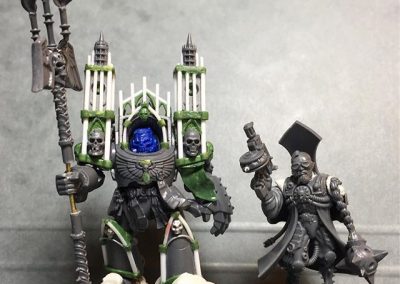 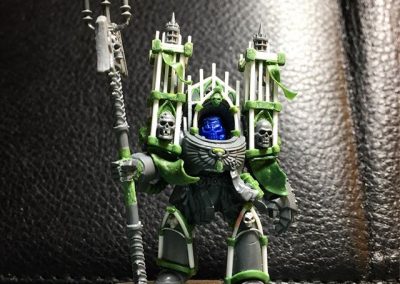 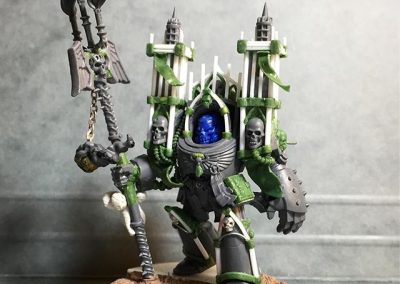 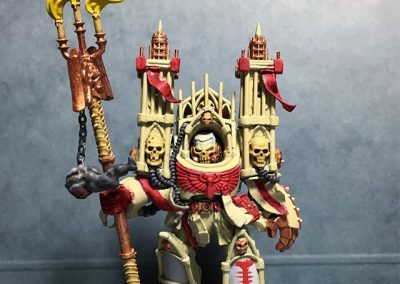 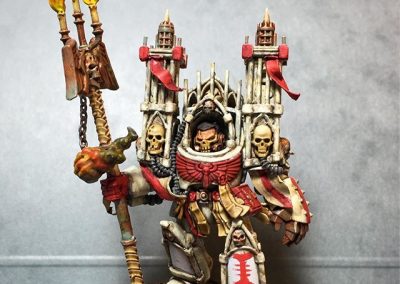 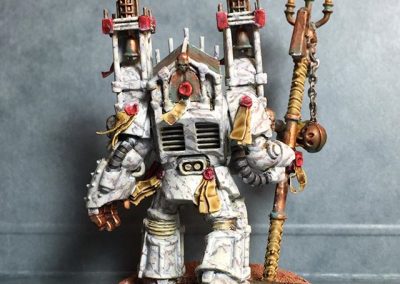 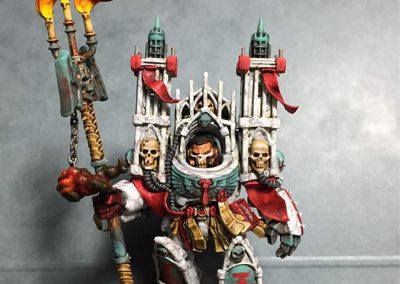 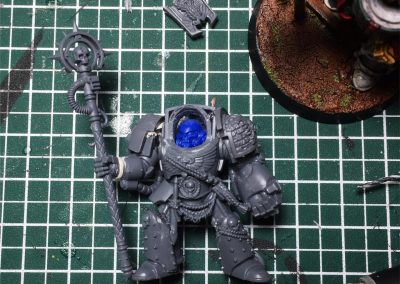 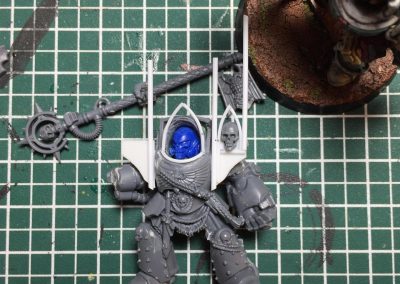 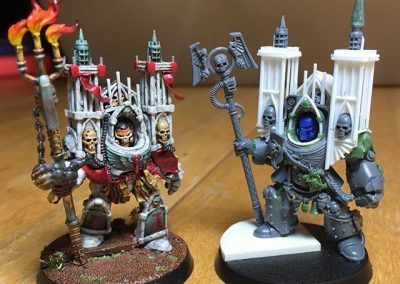 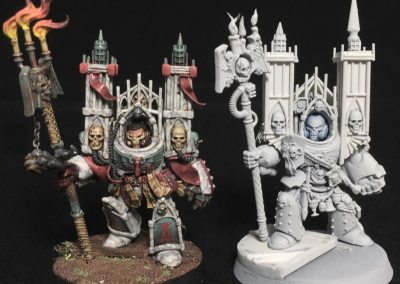